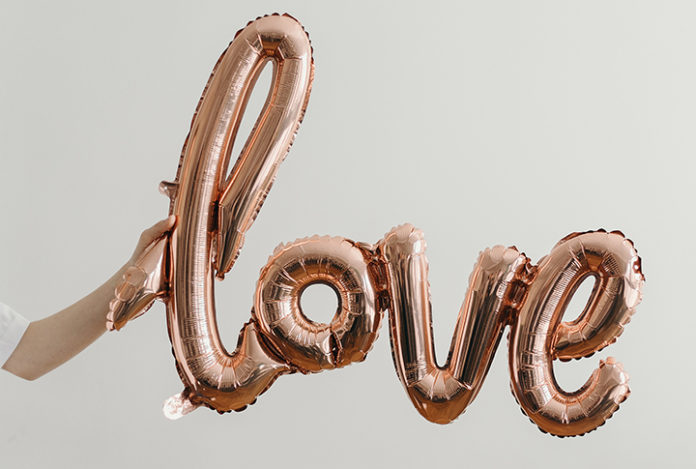 AUNTIE Sheila’s phone number came up on the mobile and my stomach took a little turn as it always does when I hear from a family member that doesn’t call often.

“Mags,” she said. It was her nickname for me as a child. She still uses it, even though I am 54. Although the age gap is closing between me and my mother’s young sister, she is still my ‘auntie’ and my childhood name still feels right coming from her. When she said it I knew there was nothing wrong.

“I am just calling to tell you that your new book is Ab-so-lute-ley BRILLIANT!”

Sheila’s expressive turn of phrase has a title within the family. We call it ‘Nolanic Hyperbole.’ Nolan being my maternal maiden name and hyperbolic exaggeration being that side of the family’s favoured form of communication. My late brother, apparently, did a brilliant impersonation of me, preparing to tell an anecdote. Placing his palms flat on the table, then raising his body back and up with a deep breath before blasting out ‘and then… and then…. and THEN…’ When it comes to rolling our ‘r’s and speaking in italics, the women in my family have all got it nailed. But Sheila? She is the queen of all hyperbole.

“That Girl is an absolutely fantastic novel,” she said, and then went on to tell me why. We have no mobile signal in our new house—too much insulation—so I had to go outside and stand in the drizzle. “Thanks Sheila,” I said, half laughing. I like when people like my books. Certainly enough to stand in the rain listening to praise. I was saying: “Oh stop—what nonsense,” but I was being disingenuous. Writing novels is flipping hard work. It’s nice to get a bit of praise.

“I have never said this to you before Mags,”—she has—”NEVER but I really think this one is going to take off.”

“Good,” I said, keeping in the stream of laughter I could feel rising through me. I adore Sheila. Especially when she gets het up. “Have you ever heard me rave about your books in this way before?”

Yes I have, I wanted to say. Dozens of times. But I didn’t. I stopped disagreeing with Sheila about ten years ago after an argument about nuns or God or vitamins or something. She’s an impossibly well-read thinker with strong opinions and I’m just not up to her.

“I am very excited about this book,” she said. “It’s going to be a bestseller.”

“Hopefully?” she said, disgusted. “Hopefully? Not hopefully Mags,” she said. “Definitely. What does your agent say?”

“Well—I think she likes it.”

“You think she likes it? She can’t have read it because she would have moved hell and high water and sold it for FILM by now! It is crying out to be made into a TV series.”

Actually, my agent has got TV rights on the table with a big production company—but I didn’t tell Sheila because she would have lost the run of herself altogether.

The rain stopped and a double rainbow formed across the horizon on Killalabay. Is not an uncommon sight in this beautiful part of the world but nonetheless it felt like a good omen. As a writer I take criticism very seriously. Years of experience has taught me that there is always room for improvement. I pride myself on having a thick skin when it comes to rewriting. I am proud that I never sit back on my laurels and give myself a pat on the back. However sometimes, that pride is false.

“You’re not listening to what I’m saying, are you?”

“Well you should,” she said. Was there a slightly hurt tone to her voice? “Because I know what I’m talking about.”

An old feeling rose to the surface. Childhood shrapnel. Auntie Sheila was always my literary idol. A teacher, then a writer post retirement, she was the person who first introduced me to the stories I wanted to read. While school and concerned parents were encouraging Dickens, my young Aunt was smuggling us in Enid Blyton and later Agatha Christie and PG Woodhouse. Her passionate enthusiasm for stories made me want to write. I wanted to give my readers the same entertainment my aunt gave me. Her approval means everything.

I take criticism seriously but not praise. Even though I lap it up, it feels like meaningless flattery. Kind words never go in. How awful for Sheila when I won’t receive her kind opinion.

And in that moment I made a decision to believe in myself more. And in my new book.