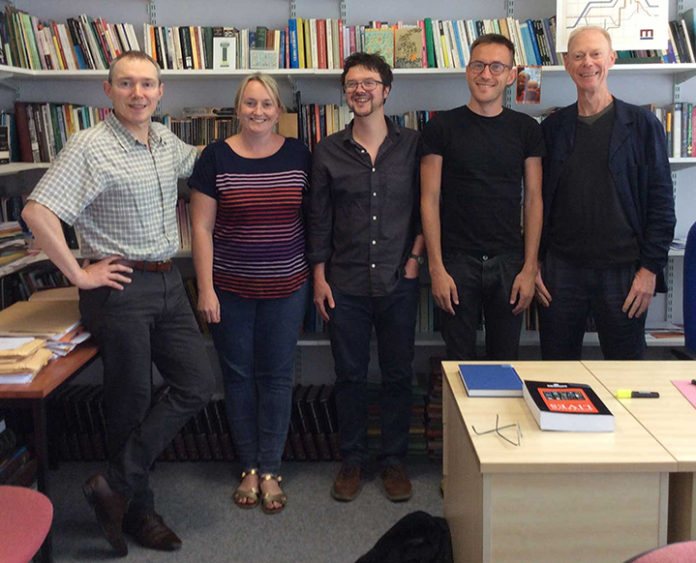 The oral history project, entitled Conflict, memory and migration: Northern Irish migrants and the Troubles in Great Britain, is hoping to uncover information about people’s early life in the North of Ireland, their decision to leave for Glasgow and the connections they have with Irish culture in Scotland.

“Glasgow has arguably a greater cultural link to Northern Ireland than anywhere else in Great Britain, which is why we chose the city as one of the project’s three case studies, along with London and Manchester,” Dr Jack Crangle, Research Associate on the project, said. “We would like to find out about the extent to which people who came to Glasgow from Northern Ireland felt they had escaped the divisive politics of their home, and how they felt about moving to a place where ‘orange and green’ tensions were also present. We also want to highlight the real-life stories of people who travelled from across the Irish Sea and learn how they adapted to their new home, as well as looking at Northern Ireland’s overall relationship with Scotland.”

The project team (above) would like to hear from people who grew up in the North of Ireland, of all backgrounds and viewpoints, particularly those who left during the conflict. They are also keen to hear from people born in Scotland to a Northern Irish parent or parents. The project seeks to answer questions on whether Scotland and the North of Ireland’s shared history made migrants feel they were living in a home from home, or an uncomfortable throwback to a conflict they wanted to leave behind.

“Glasgow’s Irish presence has been a defining feature of its history,” Dr Crangle added. “There are well known showpiece events such as the Old Firm derby and summer marching season which have strong connections to Ireland. The city’s Irish heritage is also visible through the continued strength of organisations such as the Gaelic Athletic Association.”

The project, which has been organised by the Universities of Manchester and Brighton, will conduct interviews by internet or phone. In the event that COVID-19 restrictions are relaxed, face to face interviews may be arranged.

For more information about the project visit: www.conflictmemorymigration.org