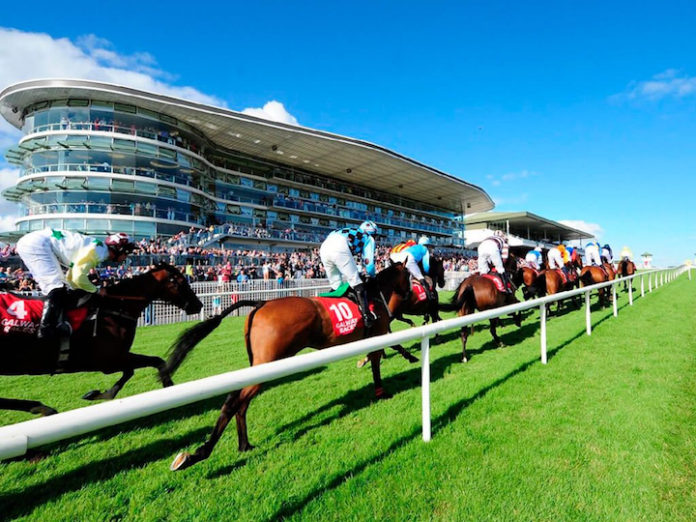 WELL after it looking like there would be no meaningful movement to get Irish racing up and running before June 29, its eventual return—behind closed doors of course—was confirmed for June 8.

Given that the industry employs 15,000 and is worth €2 billion to the Irish economy, Horse Racing Ireland had been seeking clarity on the situation from the administrative wing of the Department of Agriculture, Food and the Marine, which is responsible for horse racing.

There had been criticism of the initial projected return date for Irish racing from several quarters, including from trainers Richard O’Brien and Ger Lyons, both of whom were concerned about the impact that the delay would have on the sport.

Horse racing resumed at Longchamp in France behind closed doors earlier this month and it went quite well, with some 10 races held. It’s a good job that there were no punters there though as all the favourites were beaten! In Britain, talks with the government are ongoing and it is hoped that racing will take place behind closed doors soon as well.

The decision to restart Irish racing, however, was taken earlier this month and will see it return at Naas on June 8, with National Hunt racing resuming at Limerick on June 22. Horse Racing Ireland published its fixture list for June, which sees the 2000 and 1000 Guineas taking place at the Curragh during the first week on June 12 and 13 respectively. The Irish Derby will still take place on its traditional date of Saturday June 27, while looking further ahead, the Irish Oaks will take place on Saturday July 18 as planned and the Irish Champions Weekend will take place on September 12 and 13.

For the first three weeks, racing will be restricted to nine racecourses that are centrally located to minimise travel and have higher stable capacities to meet new protocols. Wherever possible, eight-race cards will be held to maximise opportunities for the horse population, with a general limit of 18 initially. These safety limits will be decided on a racecourse-to-racecourse basis. Prize money, as expected will be reduced for the time being. There will also be no apprentice races or claiming races in the opening two weeks and 10lb claimers with less than six rides will not be permitted to take rides in the first fortnight.

“We are grateful to everybody for the patience that they have shown during this very difficult time and we will provide every opportunity for essential personnel to fully understand and implement the return to racing protocols,” Brian Kavanagh, Horse Racing Ireland’s chief executive, said. “The resumption of racing will allow sales, trade and other ancillary services to get going again and will be widely welcomed in those areas. Horse Racing Ireland are liaising closely with our international counterparts regarding the resumption of racing in those countries such as protocols, international runners and prize money levels.”

“I’m not sure we’ll get the International runners that many will wish for,” he wrote in his Paddy Power column. “Let’s take Britain’s Champion Flat trainer John Gosden as an example. Is John Gosden going to send two members of staff to Ireland on June 1, for a runner in the Irish 2000 Guineas on June 13? The staff will have to be in quarantine here for two weeks before it to look after the horse. If he does that, then the same two members of staff will have to quarantine for two weeks in England when they go home.

“It might actually be easier for the likes of Aidan O’Brien or any other Irish trainer to send staff to Newmarket. The horses can come home, but the staff can then move on to Royal Ascot in mid June and look after whatever other runners the yard may have running there. I’m sure they’ll be looking into every angle as to how to do it best.

“Logistically, I’m just not sure that it will be as easy and straight forward as some people think. In the longer run, as things progress and open up more, the racing pattern schedule could be back in sync with International participation, come York’s Ebor meeting in August.

“Right now though, quarantining for those travelling with racehorses to another jurisdiction is going to be a big thing. I’m not certain that there will be as many International runners in these early contests, as people might hope for.

“Controlling the coronavirus is more important than the short-term international participation in flat racing’s big races.”

Predictions
He also made some predictions for the future too, with him tipping Ryan Moore to become Irish Champion Flat Jockey.

“With Donnacha O’Brien now retired, what do Ballydoyle do with Ryan Moore?” he asked. “Is he going to be able to ride in two jurisdictions or just one? Will they look to bring him to Ireland for the season? If they do he’s going to be here for the whole time and that surely increases his chances of becoming champion jockey.”

I think it’s unlikely that he’ll be able to travel between Ireland and the UK. He was priced at 20/1 to be the Irish Champion Flat Jockey, but with Ruby talking him up I’m sure his price has shrunk.

Galway Festival or Festivals?
Walsh had also spoken about the possibility of having two mini Galway Festivals instead of one, if restrictions remain in place.

“As it stands, Galway is going to take place behind closed doors, but do they still have seven days racing at the end of July when there’s no spin off for the city or the area?” he asked. “I don’t think so. I’d say that the maximum Galway can go is four days. I can see all the new summer festivals losing a day or two—the same goes for Killarney. These so-called festivals aren’t going to be festivals this year because the fun that goes along with them isn’t going to be there.

“In the absence of UK or French runners, there’s going to be a better chance that Ballydoyle will dominate on the Irish Classic front,” he added. “Could they do the clean sweep? There are trainers that can put it up to Aidan O’Brien in the Classics, however. There’s Joseph O’Brien, Dermot Weld, Jim Bolger and now Donnacha O’Brien can be thrown into the mix as well. You also have to remember all the good fillies that Jessie Harrington has too. Ger Lyons has Siskin for the Irish 2000 Guineas as well. If there are no Irish horses running in the English 2000 Guineas and the Epsom Derby, then Pinatubo could do the double!”