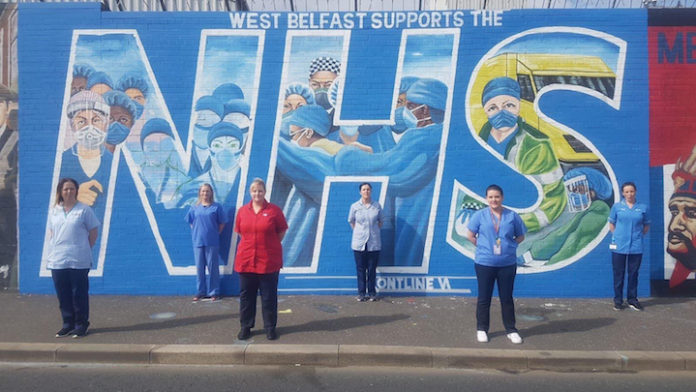 DURING this period of lockdown, we’ve all learned a lot more it would seem; the importance of hand-washing, terminology like ‘social-distancing’ and perhaps, most importantly, how government guidelines can shape human behaviour.

Living in Donegal, our county is often portrayed online as a majestic landscape of natural beauty and—once the rain stops—it certainly is a most beautiful surrounding to behold and a place I’m proud to call home.

During times like these, however, golden sandy beaches and scenic mountains are not the priority of focus. Mainly aided by the fact we’re not allowed to visit them for any reason.

To me, it seems that we’ve already become somewhat insular. Only a few short weeks ago, we were decrying the imposition of a border with the North going by the terms of Brexit.

Now, we seem to have developed an inauspicious begrudging rivalry with people from our neighbour counties.

Many Northern citizens have holiday homes in the seaside villages of Rathmullan, Downings and Dunfanaghy and since lockdown, any UK-registered car is met with suspicion and rants to social and mainstream media outlets.

Rumours have circulated that Northern towns near Donegal, such as Strabane and the city of Derry, have responded in kind.

Any Republic of Ireland-registered car seen pulling into the parking facilities at Asda—a popular cheap drink purchase spot for Donegal day-trippers—are met with the same reaction.

Personally, I feel this new ‘us versus them’ approach has driven a wedge into any hopes of a United Ireland anytime soon; something that looked to have some hope during the Brexit talks.

Of course, it’s not holiday homes and shopping centre car parks that have altered this course of history, it runs a lot deeper than that.

It would seem that the superb work being undertaken by the NHS amid these chaotic times has shown a lot of Northern Ireland residents the true benefits of free and talented healthcare (above).

No matter what their religious or political persuasion may be, it’s doubtful they envy the Republic’s issues with overrun hospitals where patients have to pay out money when they fall ill.

With the North’s schools continuing to provide free textbooks, lunch programmes and more advanced technologies than their counterparts in the Republic, it could all lead to the dream of a 32-county Republic being permanently shelved.

It will live on mainly in historical rhetoric, song and social media. It’s almost like it’s become pop-culture for the armchair or barstool fanatic and nothing more.

As a moderate Nationalist, I don’t necessarily think this is a bad thing. Ironic as that might sound to say, but it’s true.

Unlike most Republicans and Loyalists, I don’t align myself to one political party and put all my faith and hope into every statement they say. In truth, no political party is worthy of full trust.

On this island alone, I believe they’ve spouted too many utterances that have ultimately led to too many lives being lost. Now that we have peace, why risk going back to that?

Doing what’s best for the whole island is what matters most.

Over the last 50 years or so, the North, through no fault of its own—as it is filled with a lot of truly great people, has become a proverbial ticking time-bomb as a threat to peace.

And who’s to say that the new way of thinking could be what finally creates a peace that will last this time?