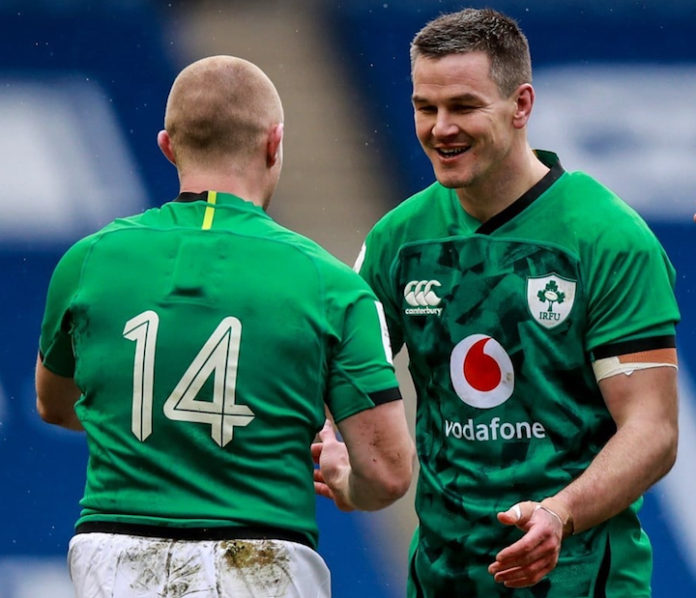 AT THE end of a Six Nations like no other, there were mixed emotions all round. The Welsh had won but were being denied a Grand Slam by France at the death. The French were second again but had passed up a golden chance for glory. The Scots had won in London and Paris but still finished fourth. The less said about the minnows of England and Italy the better. As for Ireland? Well Ireland had a funny old time.

A red card for Peter O’Mahony in Cardiff on the first weekend meant they went down to the Welsh, though they were in the fight to the end. However, in week two, the French were too strong for them in Dublin. They crushed Italy and outplayed Scotland, even if the Scots were in the match until the end. They then closed their campaign with a rousing win over the English, with Johnny Sexton (above) and Conor Murray rolling back the years with a dominant performance.

A strong finish and without that red card in Cardiff, it could easily have been Ireland’s year. And if there still murmurings that the Irish are too dependent on their veterans, there were enough signs of hope for coach Andy Farrell to have bought plenty of time to develop the next generation. Indeed, the old timers like Sexton showed they’ve enough life in them for one more campaign or one more Lions tour.

A word too for the departing CJ Stander, the South African number 8 who announced the game against England would be his last in green. Ireland’s squad serenaded him with Tina Turner’s Simply the Best after he helped dismantle England on his international send-off.

An emotional Stander said: “Dreams still do come true. I dreamt of playing in the jersey for a long while. I worked hard and everyone made it easy for me. The last few years have been special.

“Thanks to everyone for the game, for the send-off. It’s been a great week. I am looking forward to supporting this team from the stands with a pint of Guinness in my hand.”