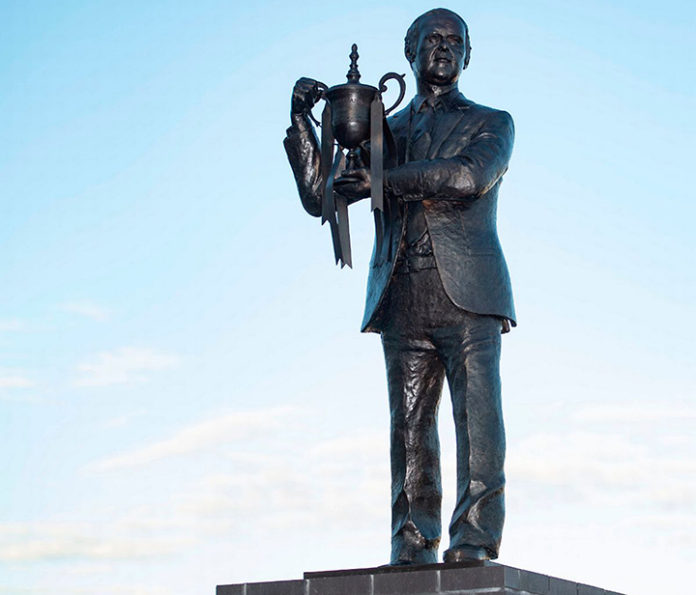 THERE has been a marked improvement from Dundee United over the past month with head coach Thomas Courts’ side unbeaten in their last four league outings and currently occupying fifth spot in the Scottish Premiership.

Courts has been in charge at Tannadice for just over 100 days and seems to be doing himself no harm in improving his reputation as a young up-and -coming manager. With only two league defeats and an exit to Hibs in the League Cup, he has the side working hard as a unit and building a solid foundation with some neat passing football into the bargain.

The recruitment of Charlie Mulgrew has been a defining factor with his experience spreading confidence throughout the backline, with some stout and resolute defending being a contributing factor to the five clean sheets from eight league games for the Tangerines.

United’s games in September began with a scoreless draw at St Mirren in a game where either side could easily have snatched a late winner.

Based on this result, it was hard to gauge how the next one would go in the first city derby of the season, but nevertheless it went with form as United came out on top with a 1-0 victory courtesy of a late strike from American midfielder Ian Harkes.

A typical hard-fought encounter saw the neighbours come out of the traps quicker before United took a little more control in the second period with Jeando Fuchs bossing the midfield area. It could have all had been so different for the Dark Blues had on-loan striker Leigh Griffiths kept a shot lower just before United scored.

Some last gasp defending from Mulgrew and his centre half partner Ryan Edwards, helped ensure the points stayed on the Tangerine side of the street again though, on a very special day for all Arabs with the unveiling of the much awaited statue of former manager and club legend Jim McLean before kick-off (above).

A surprise inclusion to this game was keeper Benji Siegrist who was reportedly set to be out for the season. Scans however showed that the damage to his knee was not as bad as initially feared. It was maybe a little unfair on his back-up Trevor Carson, whose recent form had earned him a recall to the Northern Ireland squad, but perhaps the previous experience of a frenzied derby atmosphere gave Siegrist the nod. Also included in the starting line-up was 16-year-old defender Kerr Smith—a product of youth development—who became the youngest ever player in a Dundee derby. Smith, in fact, wasn’t even born the last time Dundee FC won at Tannadice and never looked out of place in the cauldron of noise. He did enough to retain his place for a trip to Celtic Park the following week. Some introduction to senior football for the young lad and a week he won’t forget in a hurry.

And so to Celtic Park. United came away with a point after a superb header from that man Harkes again cancelled out the Hoops’ early opener. United rode their luck at times in fairness with Celtic failing to take full advantage in front of goal and striking the woodwork on three occasions. United, deploying a brave 4-3-3 formation, though, defended diligently, remained a danger on the counter-attack and could have snatched a dramatic victory. Substitute Louis Appéré had two chances, a near-post drive saved by Joe Hart and only a defining tackle from Starfelt keeping him off the scoresheet.

On the transfer front, United have brought in winger Ilmari Niskanen from Bundesliga 2 side Ingolstadt. The young Finn saw action in the derby and at Celtic Park where he was unlucky not to score with a curling far post effort. He did eventually make the headlines with the only goal in United’s victory over Ross County, blasting home from just few yards out.

Replacing the outgoing Jamie Robson—who has since left for Lincoln City—is left back Scott McMann from Hamilton Academicals who has proved himself a more than able replacement with his solid performances earning him a the man-of-the-match accolade in the Ross County game.

United’s first round of fixtures will culminate in games with Motherwell at home and trips to Livingston and Hibernian.