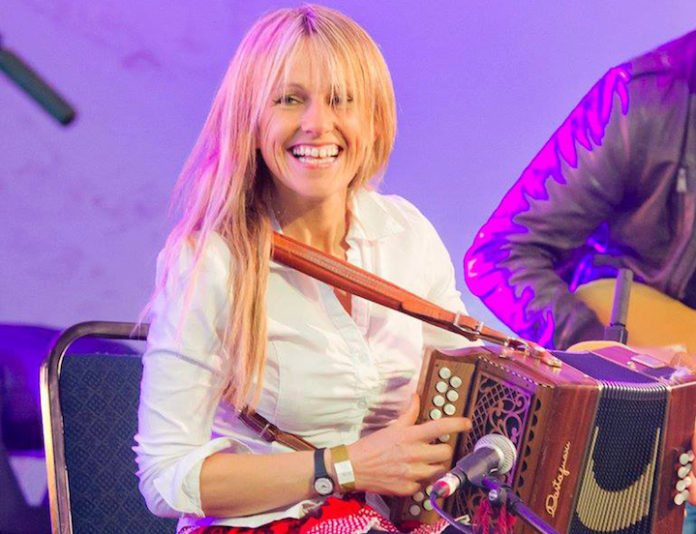 IRISH artists will be among those taking part in Celtic Connections 2022 as the popular festival returns with an exciting and eclectic programme of events set to take place in Glasgow from January 20 until February 6.

Beginning in 1994, the festival initially offered 66 events at one venue. Since then, it’s grown more adventurous, experimental and diverse each year and now offers thousands of events in locations across the city.

Celtic Connections 2022 will therefore be the 29th edition of the world-famous event, which made a successful transition online for 2021, entertaining more than 30,000 people in 60 countries during the darkest of Januarys.
This year, the event returns to its roots as Europe’s largest winter festival, delighting live audiences with moving performances for its loyal audiences to experience in person.

The 18-day programme of events spanning traditional folk, roots, Americana, jazz, soul and world music, marks a welcome revival for the scene as more than 1000 musicians come together, once again in celebration and the performances, landmark musical collaborations, talks, workshops, film screenings, theatre productions, ceilidhs, exhibitions, free events and late-night sessions will breathe life and soul into much-loved venues across the city.

“There’s no doubt that this year’s festival has an added significance to it, and in the context of the last couple of years, we’re eager to capture the collective human experience that is at the heart of what’s been missing for people—the sharing of experiences, songs, music and stories,” Celtic Connections Creative Producer, Donald Shaw, said. “What allows Celtic Connections as a festival to develop and stand out is the idea that as musicians and audiences, we can all share music, learn from one another and grow—and there is much to be learnt from the next generation.”

Irish interest
The latest iteration of the festival will feature a host of Irish performers including Irish folk legend Paul Brady as well as rare appearances from the likes of Frankie Gavin and Mairtín O’Connor, The Sharon Shannon Quartet (above), Daoiri Farrell, Michael McGoldrick Quintet and UAINE, featuring the flowing fiddle style of Donegal’s Brid Harper.

Of interest to Scotland’s Irish diaspora too is the fact that two alumni of Glasgow’s Irish Minstrels CCÉ are in the finals of the BBC Radio Scotland Young Traditional Musician of the Year 2022. Fiddle player Breanna Wilson and Malachy Arnold who plays the clarsach will be aiming to emulate Irish Voice columnist and Scottish Region Development Officer for Comhaltas Ceoltóirí Éireann, Paddy Callaghan, who won the award in 2013. Mohsen Amini from St James the Great CCÉ and Benedict Morris from St Patrick’s CCÉ both won the award in 2016 and 2019 respectively, so there is a great history of winners from within Scotland’s Irish community.

The accolade is now considered to be the premier award for young traditional musicians in Scotland and many of the past winners have gone on to have successful careers in the world of traditional music. The final of this annual event will be broadcast live from Glasgow City Halls on Sunday February 6 as the most exciting up-and-coming traditional music talent compete for the coveted title and look to take their careers to the next level.

Diversity
The winter festival’s tie-up with BEMIS Scotland—the national ethnic minorities led umbrella body—will also return for 2022 with the Celtic Connections in the Community programme. Taking the festival out to Glasgow’s culturally diverse communities, this partnership involves a series of local events and a finale performance at Tramway.

“Celtic Connections return to venues in Glasgow will be the news people who love the festival will be delighted to hear,” Councillor David McDonald, Chair of Glasgow Life and Depute Leader of Glasgow City Council said. “Celtic Connections has played a huge part in supporting and developing talent over the decades and is again putting together an incredible programme which will bring unique and compelling performances from around the world to live audiences in Glasgow, as they were meant to be seen and heard. Excitement is already building for what will be a Celtic Connections to enjoy and savour come January.”

You can follow Celtic Connections 2022 on Twitter: @ccfest. For the programme line-up and to purchase tickets please go to: www.celticconnections.com