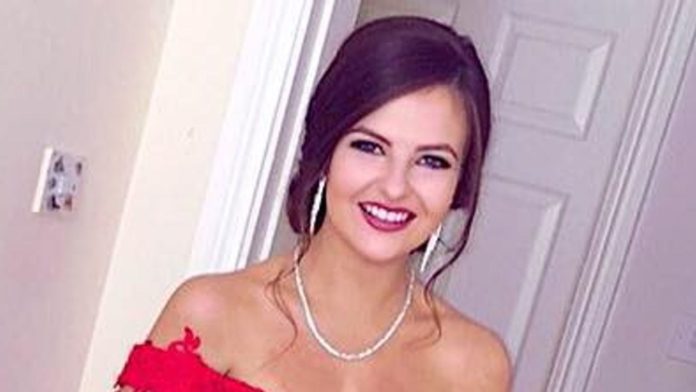 ASHLING Murphy’s untimely passing has once again brought into focus violence against women and that is certainly a positive outcome from the tragic events last month in Tullamore. But for all the focus, attention should also focus on just how much Ashling (above) contributed to the world and how much we will all lose moving forward without her talents.

I had the pleasure of getting to know Ashling during the Comhaltas in Britain Echoes of Erin tour back in 2018, which travelled round Britain for nine nights. The tour runs each year and always welcomes a group featuring a mixture of the young and the old, with some experienced heads performing alongside talented musicians travelling on their very first tour.

The latter was most certainly true for Ashling who was just 19 at the time. Despite her young age, she was an experienced musician, assured in her playing and as the tour progressed throughout Britain, starting in Liverpool, up to Glasgow and snaking its way back down through northern England before finishing in London, her confidence in performing grew and grew.

On such tours there are always dynamics when it comes to personalities. Usually there will be experienced and well-known musicians who come with a musical pedigree and indeed a personality that supports such a profile. These characters tend to be the ones to dominate the ‘craic’ during the long drives and after the gig. Then at the other end of the spectrum, you tend to get the quieter individuals who aren’t so confident in performing or indeed joining in the fun.

Ashling was neither, she was a confident player and a confident musician without feeling the need to be eccentric and the centre of attention. When called upon to deliver she always did to the highest standard, and when the to-ing and fro-ing of banter was in full play, she could more than hold her own.

What I find most remarkable about her is just how embedded she was in the wider fabric of society. Whilst I’m personally very aware of how good a musician Ashling was, she was also thought of to a similar level amongst the GAA community through her performances as a Camogie player with the Kilcormack/Killoughey Camogie Club. As a teacher in Tullamore, she was also at the heart of the community in the area and always took her opportunity to be involved in charity events and generally speaking, if there was an event on for a good cause, at some point or another, Ashling was involved.

This for me is a big part in how far the tragic events of a few weeks ago have circulated. Yes, the harrowing circumstances surrounding Ashling’s death have been shocking and that has obviously turned heads, but the story of the person she is has added to the flood of news that has travelled round the world. People can sympathise with her, they feel like they know her and have a connection with her, and that feeling has been made possible due to the talent and the professionalism in how she carried herself.

I’m very thankful that there have been lots of videos of Ashling’s performances as a musician recorded—both as a soloist, with her sister Amy and indeed as a member of the Comhaltas National Folk Orchestra of Ireland of which Ashling was a member. These recordings will live on for generations sharing the talents of a person who was taken too soon and through no fault of her own has played her last tune.