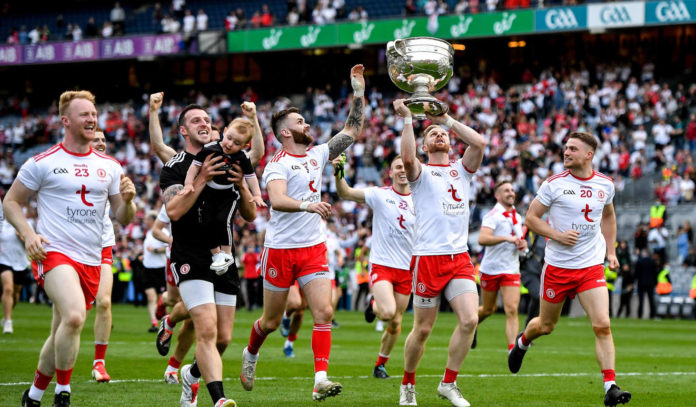 ON December 20, 2020. Dublin had just lifted their sixth All-Ireland in a row. “Split Dublin in two… can they do 10 in a row?” were the main topics of discussion post-match. Just over a year later and they have been relegated to Division 2 for the first time since 1995.

We don’t have enough inches in this column to do a complete analysis of what has gone wrong. However, I have watched three of their games in this campaign and while showing glimpses of their quality, they have really struggled to function as a team. The loss of Jack McCaffrey and Con O’Callaghan cannot be underestimated. With O’Callaghan potentially coming back for the championship and the individual talent throughout the panel, you can never rule them out. In 1995, relegation was followed by an All-Ireland win, I am not ruling them out just yet.

What must not go under the radar is Monaghan extending their stay in the top tier to nine years—a small, populated county who were in Division 3 in 2013. They are an example and model for many counties who should and could be aspiring to be the same.

Kerry defeated Mayo in the Division 1 final. The former have had an excellent campaign, scoring the most and
conceding the least. It was a fantastic game, and I fancied Kerry to win by the slimmest of margins, which they did.
With Kildare joining Dublin in Division 2 after losing to Mayo on the last day, no team from Leinster will be in Division 1 in 2023. They will be replaced by the Connacht duo of Galway and Roscommon. Derry were unlucky not to make it back-to-back promotions, finishing behind the top two by a point.

Division 3 looks to be hugely competitive next season after the relegation of Down and Offaly from Div 2, joined by Cavan and Tipperary from Division 4. A special mention to Louth. Back-to-back promotions under Micky Harte and Gavin Devlin sees them competing in Division 2 next season. A fantastic achievement, unfortunately at the expense of my own Antrim.

The leagues have once again proved to be the most competitive competitions in the football calendar. Can we please see more televised league games? There are so many fantastic games being missed throughout the league. It’s baffling!

The hurling league structure has been a hot topic of discussion over the last few weeks. Is it time for a change and a revamp? There are too many dead rubbers throughout the division going into the last day. We previously touched on All-Ireland champions Limerick’s form. However, despite only winning one from five in Group A they were never in danger of relegation with the current structure. The conversation around the restructuring is growing and I wouldn’t be surprised to see a change in the next year or two.

With Antrim staying in the top division after beating Offaly in a relegation play-off, I must say I won’t complain too much about the structures.

The Division 1 final between Cork and Waterford was another super game. With these two teams meeting in the Munster SHC in May, this was an open game, with neither team wanting to give too much away. Cork were looking to bridge a surprising 24-year gap to their last league crown but it was Waterford who secured their first title since 2015. A moment of madness from Waterford’s star man, Austin Gleeson, in the last league game saw him
suspended for the final but even that wasn’t enough to see a long-awaited return of the Division 1 title to the Rebel County.

The rest of the hurling leagues also settled the race for promotion. I predicted a clean sweep for the Ulster counties, with Down to edge Westmeath in 2A and Derry to comfortably overcome Sligo in 2B. However, while Derry were victorious, Westmeath blew Down away.

Historically competing against each other in football finals, Tyrone and Armagh face off in 3A. A feisty derby regardless of the code and Tyrone’s quality in the forward line saw them over the line. Fermanagh, meanwhile, made it three wins out of four for the Ulster counties against Longford.

The old cliche of ‘leagues are for playing and championships are for winning’ will be repeated numerous times by many county managers between now and the first provincial championship games. There’s no better buzz than hearing the Sunday Game theme and knowing championship has started. Bring it on!