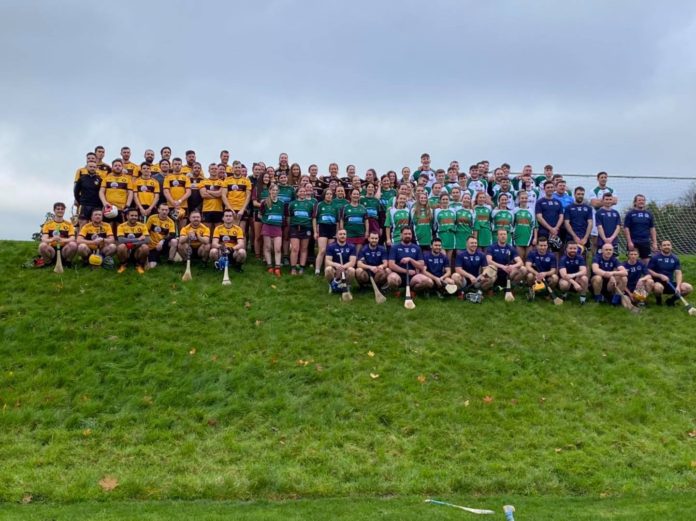 THE rapid growth of Ceann Creige Hurling and Camogie Club has continued apace.

The club recently held its AGM where it launched its new three-year plan, so it’s been a very exciting time as lots of strategies have been put in place to ensure future growth and success. It also provided an opportunity for them to present the Volunteer of the Year award, which went to Ronan O’Donoghue for all his work within the club and the development of hurling in Scotland.

In order to prepare the club’s youth teams for next year, there have been a few practice mixed Hurling/Shinty matches with Uddingston Grammar for various age groups. Not only has this provided the players with vital match practice, but it has been lots of fun. The youth team also recently celebrated their awards night, which was be a great occasion for all.

Ceann Creige’s adult teams —both hurling and camogie—headed off to Belfast recently to play East Belfast GAA and Loch Mor Dal gCais (above). Both teams secured good wins and had a great weekend on and off the pitch. The club hopes to reciprocate the Irish hospitality by welcoming these teams over to Glasgow in 2022.

These matches were swiftly followed by the visit of Anrai Seoighe and Maire Aine CLG and CC. There were more great wins by both teams and then a night out was enjoyed by all at Kitty O’Shea’s to ensure all teams had a great weekend.

To finish off games for the year Ceann Creige welcomed the All Britain Hurling Champions, Fullen Gaels, for a challenge game against the men’s team and won a fantastic and competitive match by a scoreline of 1-18 to 0-11.
Both the hurling and camogie sides have managed to increase their playing squads and are already making plans for 2022.

Ceann Creige were delighted to have been awarded grants from both the Emigrant Support Programme and the St Nicholas Care Fund recently too, both of which will be used to further grow the club in the year ahead.