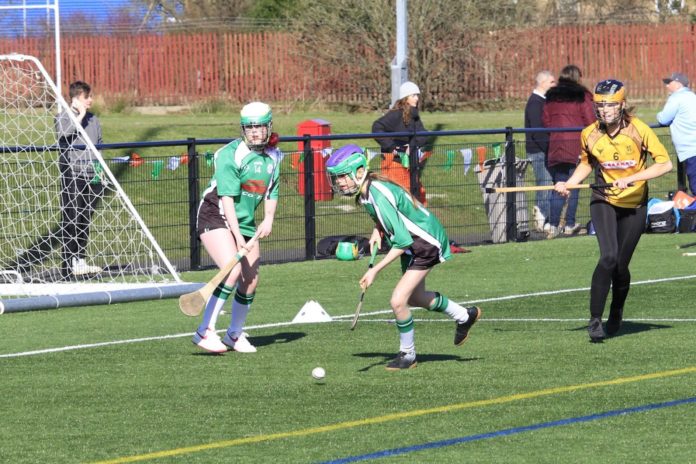 CEANN Creige’s Cultural Day at the Clydebank Hub was a resounding success.

After this fine display there was then a match between the two Shinty teams. This was followed by another youth Shinty/Hurling match against Uddingston Grammar. Over the past year Ceann Creige has developed a great relationship with this team and ‘thanks must go to Lee for arranging the girls to come along,’ a club spokesperson said. “We are already looking forward to playing some more challenge matches with them during the year ahead.

“It was great to see it was such a sunny day which I am sure helped to being the supporters out in force. Thanks again to the Emigrant Support Programme, which provided everyone with refreshments throughout the day, which went went down very well with all.

“Thanks also to Jenny Quinn, Vice Consul who came along to the event and showed the support of the Consulate for our event. It was great for her to say a few words to help us welcome East Belfast GAA Club.”

The men’s team then took to the field against East Belfast GAA Club in what was a great display of hurling from both teams and a very encouraging start for Ceann Creige’s season given that there was enough to field two teams. Meanwhile the young hurlers took part in a challenge match against Strathkelvin Shinty Club.

Last, but not least, the Camogs took to the field in a display match and it was great to see a number of new players who have helped to strengthen the team.

In addition to the matches during the day, there was a selection of family games to enjoy and face painting. The day continued in the evening at the Hub with a Ceilidh music performance provided by Oisin McCann and friends.