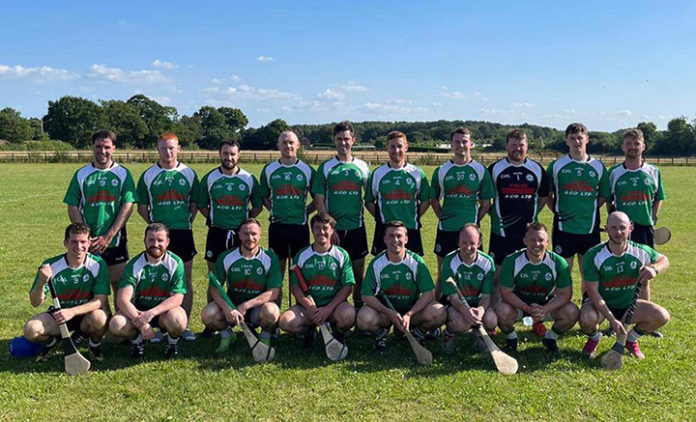 HAVING broken new ground ever since their introduction to the GAA scene in Scotland, Ceann Creige are no strangers to momentous moments.

Having already prompted the return of competitive hurling action to Scotland for the first time since 1913, the men’s side represented the club at the All Britain Hurling Final.

The team booked their ticket to Pairc na hEireann in Birmingham by finishing as group winners in the earlier stages of the competition and the boys travelled down for a semi-final encounter with Liverpool Wolfe Tones.
It was a difficult match for the men from Glasgow, whose score of 3-03 was not enough to see them into the final after their opponents notched an impressive 2-12.

The disappointment didn’t last for long, however, as Ceann Creige were rewarded with a spot in the Shield Final, where they took on St Finbarrs—losers against Fullen Gaels in the other semi-final—for the club’s first chance at hurling silverware.

Snuffing out any hopes St Finbarr’s had of sending Ceann Creige back to Glasgow empty-handed, the men from north of the border (above) ripped through their opponents to run out comfortable winners by a score of 3-14 to 2-04.