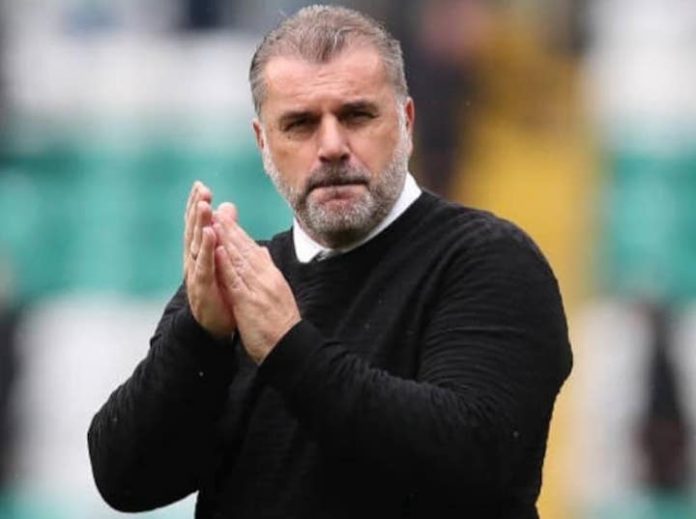 ANGE Postecolgou’s mid-term report card will be coloured by the defeat that his side suffered at Ibrox, with Celtic still smarting from the defeat in the first Glasgow derby of the season.

Given the scale of the rebuild, which was the focus of the season’s early preparations, such a defeat could have been forseen, but with some creditable performances and results—most notably the qualification for the Europa League group stages at the expense of Dutch side AZ Alkmaar—by the time the match came around there were hopes that Celtic could begin to mount a serious challenge for the league title at the home of their city rivals.

Derby defeat
Despite the raised hopes that enough change had taken place for Celtic to turn the tables on their opponents, it was an old frailty that returned, with a set-piece goal proving the difference in the sides as Celtic’s defence failed to deal with aerial pressure.

The first-half had shown great promise, with Celtic dominating the home side even with several underperforming attackers. In fact, had Odsonne Édouard packed his shooting boots Celtic would have had the reward their pressure deserved, but a miserable effort with the goal gaping will be Édouard’s last action in a Celtic jersey, which saw great highs, but will sadly end with a lacklustre low.

The Frenchman will have no-one to blame but himself for the lasting impression that he leaves supporters with. That missed opportunity was yet another lowlight in a series of performances over the last 18 months which gave every indication that Édouard would rather be somewhere else and had little interest in earning such a transfer. Instead he has backed Celtic into a corner, knowing that they must protect their investment in him.

His use through the middle of attack looks to be a mistake by Postecolgou and one which the Celtic manager will have to learn from. Kyogo Furuhashi, the Japanese forward who has brought speed, movement and most importantly goals to the Celtic attack, found himself edged out to the wing to accommodate Édouard and he was largely a pale imitation of the dynamic player who has done so much to transform Celtic’s play.

It was a tough ask for a debutant in the derby, with no supporters of his own following what could most generously be described as jiggery-pokery by the home club—first releasing and then quickly rescinding tickets for the Celtic supporters. His welcome, too, wasn’t ideal, being booed by a home support who were missing several followers after the home club were forced to act on the disgusting examples of racism which were circulated online. It was a far cry from the treatment Glenn Kamara received from Scott Brown when he was subject to such abuse in European competition.

Despite all that, he could easily have levelled the match were it not for a good save by the home goalkeeper late on, and he will be one of many who have a real point to prove going forward.

Reflection
Reflecting on the match, the Celtic manager shared his disappointment at the outcome and rued the missed chances which left his side empty-handed—as well as looking ahead to impact new signing such as Josip Juranovic, who played well though asked to fill in out of position, can have on the season ahead.

“It was disappointing,” Postecoglou said. “It was a tight game, a typical derby game where there were not a lot of chances and not a lot of open space. The first goal was going to be critical and unfortunately we had an opportunity for that and we didn’t take it, and they did. It’s disappointing and something we need to make sure, especially in these big games, when the moment arrives we’re ready to take it.

“It’s been that sort of month where we’re signing players and throwing them in, and obviously left-back’s not Josip’s natural position, but he did okay and the most important thing was he got a taste of it and understands the football here and the way we want to play, so he’ll be better for it.

“I’m keen to get to the end of the window so we can settle the squad down, and do some work with the players. The other side of the window we’ll know what squad we’ll have and what players are in the picture for us moving forward, and we can build.”

New signings, new challenges
Those new signings will help things along in this first phase of the Postecoglou era at Celtic, but it looks as if more than one transfer window will be required to truly signal the overhaul necessary at Celtic.

What the club look to have now is, crucially, an identity—both on the way the manager wishes to play and the approach taken to attracting new players. With tests lying ahead of them in the form of Bayer Leverkusen, Real Betis and Ferencvaros, which will help measure the progress being made, Celtic must continue their development under Postecoglou with an awareness that there is only one real test for them to be judged on.

Despite a bloody nose in the season’s first derby match, the league title is an achievable aim and remains the be all and end all of this season.