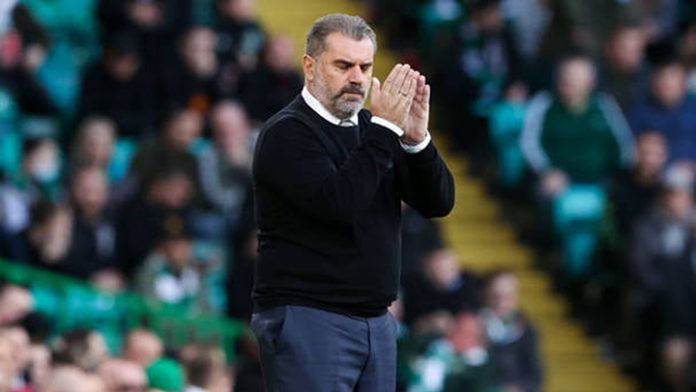 CELTIC’s excellent run of form of late was brought to an abrupt halt after a lacklustre performance at home to Livingston, which saw the match end in a scoreless draw.

Prior to this Celtic had enjoyed some impressive away wins, beating Aberdeen 2-1 at Pittodrie, Motherwell 2-0 at Fir Park and Hibernian 3-0 Easter Road, with a 2-0 win at home to St Johnstone shoehorned in there for good measure.
The Aberdeen win, in particular, was one that pleased the Celtic faithful, as it featured a measured display that saw the Hoops grind out a 2-1 thanks to goals from Kyogo Furuhashi and Jota either side of a Lewis Ferguson equaliser.

Nir Bitton was brought back into the team after a 4-0 thrashing dished out by Bayer Leverkusen. Celtic had perhaps been too gung-ho in their approach to that match—but to be fair Lukáš Hrádecký, the Leverkusen goalkeeper made some timely saves during the match to keep a clean sheet. It was an approach that worked as Celtic bided their time to get the winning goal, with some fantastic passing play setting up Jota for the winner six minutes from time.

It alleviated some of the fears within the Celtic support that the team only knew one way to try and win under boss Ange Postecoglou, namely all-out attack, which would often leave the defence over-exposed.

Celtic’s next match was a much more confident display as they controlled the match against Motherwell at Fir Park, winning 2-0 thanks to goals from Jota and a fantastic strike from David Turnbull.

After that came Ferencvaros at home, at the unusual kick off time of 3.30pm. Despite that, some 50,000 fans were treated to a superb display from Celtic who never got frustrated after failing to break down the Hungarian side in the first 45 minutes, eventually scoring through Kyogo after a sublime through ball from Jota. Turnbull put the icing on the cake with a scrappy finish 10 minutes from the end, meaning Celtic registered their first three points in this year’s Europa League.

It was a similar display at home to St Johnstone, with the Perth side bringing their dogged style to Celtic Park, which was eventually undone by a first goal by new signing Giorgos Giakoumakis after a great cross from arguably one of Celtic’s best players this season, Anthony Ralston. A penalty saw Josip Juranovic do the honours and wrap up a comfortable 2-0 home win.

A trip to Easter Road saw Postecoglou’s side blow Hibs away after a blistering start to the game, which saw Celtic lead 3-0 after 30 minutes—and the Hibs fans heading for the exits—thanks to goals from Ralston, Cameron Carter-Vickers and Kyogo. A rejuvenated Tom Rogic was key to Celtic excellent play in the first half and, if truth be told, the lead should have been greater had Kyogo and Turnbull not fluffed their lines in front of goal. The Edinburgh side pulled a goal back through Martin Boyle in the 36th minute, but the result never seemed in any danger, albeit Hibs naturally came out all guns blazing in the second half and drew a great save from Joe Hart at one stage. The one negative in that result was losing Rogic to injury for two to three weeks after he pulled his hamstring.

Counting the cost
The loss of Rogic would prove costly as Livingston came to Glasgow and set up their stall early doors to put 10 men behind the ball. While a player of Rogic’s quality is crucial to unlocking such a defensive side, Postecoglou’s decision to rest Kyogo and start Giakoumakis looks to have been the major error of judgement as the Greek’s movement both inside and outside of the box, failed to stretch the Livi defence to any great extent. While he wasn’t the only poor performer on the day, to have a striker do so little in the final third is somewhat concerning.

Even though opportunities were few and far between, a gilt-edged chance to go top of the table—at least for 24 hours—and put pressure on the league leaders was missed when Giakoumakis hit a desperately poor penalty in injury time straight into Max Stryjek’s arms after Kyogo was struck on the head by Ayo Obileye. It capped a poor performance by Giakoumakis himself and the team as a whole and if Celtic are to win the league back this year, they will need to be far more ruthless with chances like this and find a way to break through blanket defences.

Frustration
Afterwards, Postecoglou (above) spoke of frustration being the main emotion, feeling his players had done enough to win the match

“Frustration is the main emotion, disappointment at the outcome obviously, but it was frustrating,” the Celtic manager said. “Our players gave everything, but it was one of those days when we just needed a goal to open them up and we couldn’t manage it.

“Sometimes you get these games where you’ve got to try to create something and open up the opposition to get your result, and unfortunately we weren’t able to do that today.”

Regarding the penalty miss, he added: “That’s part of football if you don’t take your opportunities when they come along, and we didn’t today, and that’s the frustrating bit.”

On a positive note, Celtic remain the meanest defence in the league having only conceded seven goals, but Postecoglou’s men will need to push the reset button, find different ways of attacking teams and finishing more of their chances if they have serious designs on wresting back the Scottish Premiership crown this season.