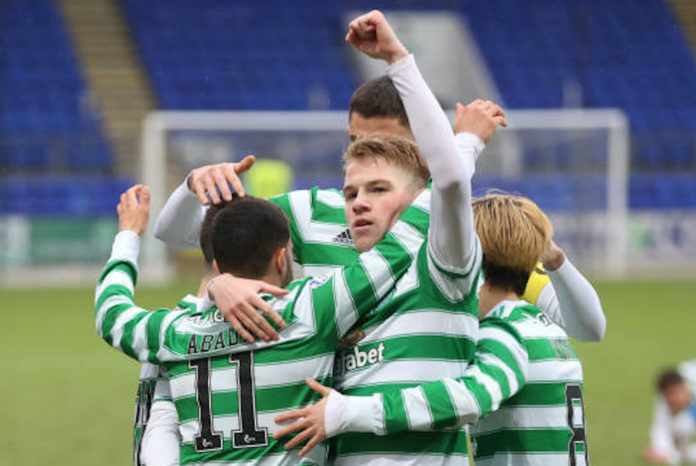 THE frustrating early conclusion of the first half of the season may have conjured ghosts of last season, with Celtic taking on St Johnstone in an all but empty stadium while thousands of supporters with match tickets were left to tune in from home as Scottish football once again suffered restrictions to attendances.

However, it is clear that the Celtic team of 2021/21 is a different prospect to that which went before, and Celtic easily negotiated the challenge offered by the home side to go into a premature winter shutdown.

Happily, the early shutdown was a proactive step to help protect the right of fans to support their team and it looks like the gamble may pay off, with the derby match scheduled for February 2—a month later than originally planned—now looking likely to have 60,000 spectators if the proposed exit from restrictions goes ahead.

Plans and progression
Even more happily for Celtic supporters, the early shutdown allowed the club to act uncharacteristically swiftly in transfer dealings and announce the arrival of three new Japanese signings to join the already successful Kyogo Furuhashi.

The incoming trio of Daizen Maeda, Yosuke Ideguchi and Reo Hatate bring with their high hopes given the stunning impact of their countryman Furuhashi. Since his arrival he has been a permanent threat to Celtic’s opponents and has served as a useful signal of what manager Ange Postecoglou plans at Celtic. The high intensity work of Furuhashi has been a delight for supporters, not to mention his craft in front of goal—both creating for himself and for others.

Should they be able to have a similar impact, then it will go some way towards realising his ambition of raising the bar for Celtic in the second half of the season.

“I’ve not had too much time to reflect because when the games stopped we had work to do to get the new players in and plan for the next six months and beyond,” he explained. “I think from my perspective, what I’ve seen is progress in the first six months and that’s the most important thing.

“I think we’re moving in the right direction. There are still many areas we need to improve, but overall I think from where we started we are in a decent position.

“I knew that in our summer window, the ability to attract Japanese players was going to be a challenge, but I knew the January window was one we could work on.

Speaking in more detail about the new arrivals and what he hopes they will bring to his side the Celtic manager praised the work done behind the scenes to secure the three players.

“Everyone at the club worked awfully hard to get the deals done and we had great co-operation from the Japanese clubs involved and their representatives, and I’m really pleased we managed to get them over so early,” he said. “I think they’ll be an important part of what we’re trying to build here, so from our perspective, they’re here for the long term and we hope they can be successful in the years ahead.

“I know Daizen well. He’s a really determined character who wants to improve. He’s one that knows our style of play and I was keen to bring him in during the summer. I know his attributes and I think he will do well for us.

“Reo is a player I watched develop in Japan. His old team Kawasaki Frontale have been the outstanding team in the J-League for the last five years with some ridiculous talent in their ranks and Reo is one of them.

“He’s had a lot of success playing for a club that wants to win every week, which sounds similar to this club. He has the right character and I think he will develop over time.”

New signing’s excitement
With injuries limiting the ability of the manager to field a side of the strength he would like on a weekly basis, Celtic have relied this year on chopping and changing the starting side and on bringing forward players from with the ranks at the club to plug the gaps.

The addition of Hatate in particular, however, offers the prospect of a quality player who can provide options across the formation should he be required. Speaking of his abilities in a variety of positions, and of his excitement at joining the club, Hatate explained how he feels he can contribute to the cause.

“As a Japanese, it’s really exciting to see a manager who has experience in Japan and in the international stage. In Japan, I have always played against his teams but I’ve always observed and thought his way of playing is very strategical and attacking, so it’s extremely fun for the audience.”

“Being able to play in different positions has given me confidence as a footballer. With this team, I want to be able to bring out the best in my style of play and contribute to the attacking side of things a bit more.

“I hope to be the best version of myself so I can contribute towards Celtic and I want the fans to see how I play and to know my style as soon as possible.”