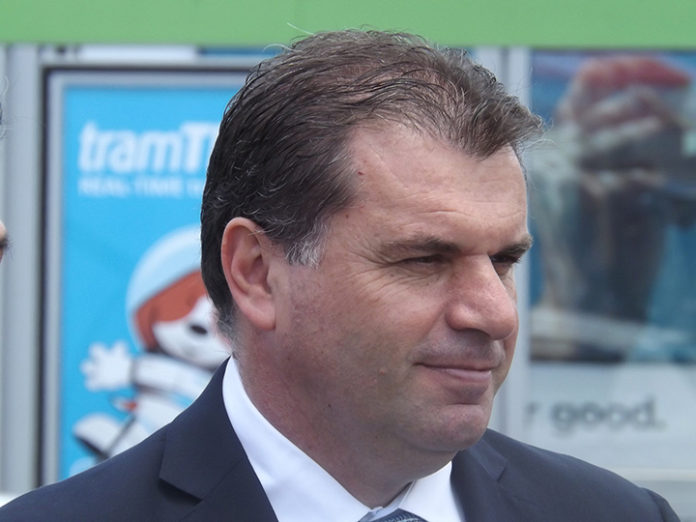 THE entirely reasonable hope that Celtic’s season drawing to a long-awaited close might allow supporters to draw a line under the miserable offering from the club in the age of Covid-19 looks to have been a vain one.

Following months of speculation and, latterly, apparent certainty that Eddie Howe would be arriving at Celtic Park, the narrative has changed from Howe to ‘Who?’ with the news that Australian Ange Postecoglou is the new front runner.

Thanks to a statement from Celtic that the disappointing conclusion to the saga was not their fault, Postecoglou (above) was immediately ushered in as favourite for the position.

Mismanaging managerial appointment
The inability to get their chosen candidate in place is an inquest for another day, given the size and urgency of the rebuild required at the club, and focus instead remains on the managerial vacancy.

The issue has been a running sore since it became clear that Neil Lennon was on borrowed time as the season went up in flames, and after he vacated the job, one name after another was touted before Howe emerged as the chosen candidate for the decision makers at Celtic Park.

The unusual step of confirming that Eddie Howe was the intended new manager not only makes it clear to whoever joins in his place that he was second choice at best, it also demonstrates that Celtic’s lengthy pursuit of him was an utter failure, a waste of time in a moment where quick action was necessary to help put in place a structure to win back the league title and with it the riches of automatic Champions League qualification.

Postecoglou may be an unknown manager with a moderate CV, but he has known success wherever he has managed. In ordinary times it may not have been a stretch to look in such quarters for the outstanding candidate and equip him for the task of putting his philosophy in place. At a time when supporters are searching desperately for any sign of life, however, and there are structural changes afoot in the club to make the almighty task of rebuilding the side even greater, he is clearly not the name to create confidence and excitement.

That is not to say he cannot be a success at Celtic, only that the conditions at the club are not entirely suitable for a move of this type. Without the foundation of a winning team to build on, whoever is tasked with the rebuild will have to quickly access proven players and have the influence to draw them to Glasgow.

It cannot have escaped the attention of those in the boardroom that the pools of talent Postecoglou has worked with are on the other side of the world and even if he has hidden gems in his little black book, they are unlikely to be granted work permits for the UK without international experience. Those players who do meet that standard—such as those he has worked with in his roles with the Australian national team at various age grades up to senior—are already internationally capped and therefore recognised as footballers of a certain quality and priced accordingly.

A move for Postecoglou, then, would suggest that players for next season have already been identified and targeted, leading to the obvious question. By whom?

Plus ça change?
Fergal Harkin had been heavily linked with the new position of Director of Football at Celtic, having cut his teeth at Manchester City at a time when Celtic have routinely used their surplus players as a source for incoming transfers and it is not a stretch to assume that this route will be expected to continue into the future.

Given the pivotal role played by Peter Lawwell in nurturing this pipeline—and considering the fact that the City Group own a chunk of Postecoglou’s current club—the current negotiations look for all the world that they are being driven by an outgoing CEO with a mere 30 days until he clocks off for good, all while the new man watches on.
So much for being a new era, there are serious concerns that after months of inertia and indecision as Celtic nosedived in season 2020/21, the bright new dawn will be bound for the future by the decisions taken in the last days of that administration.

It is amid this landscape that Celtic supporters are being asked to renew their season tickets once again, at full price, with no assurances that they will be permitted the joy of attending matches and with a string of broken promises from the boardroom amongst the wreckage of last season.

This may all work out well. It is not incredible that a manager who has won national titles, coached his country to two World Cups and enjoyed a strong reputation amongst those who know him best could be successful at Celtic.
There may be many reasons why he has found himself as the front-runner after a false start removed the favourite, but for supporters grasping wildly for something to hold on to this latest chapter in the Celtic saga does not make for good reading.

Seldom will Celtic supporters have felt so ignored, so undervalued and so insignificant to the future of the club they drive on to be greater than the sum of its parts.