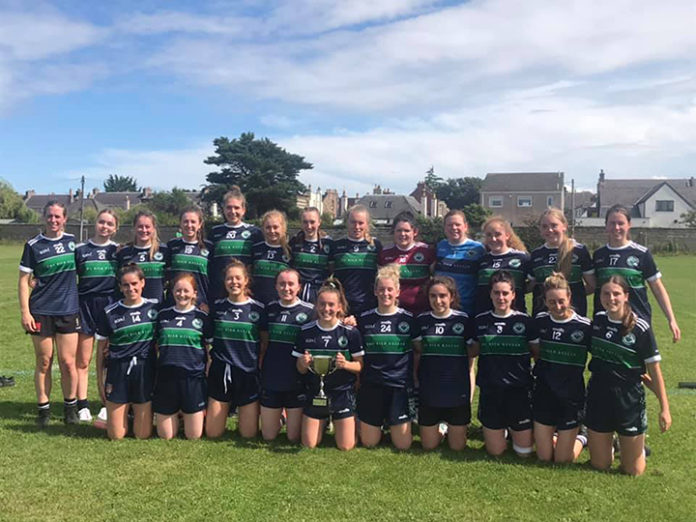 TÍR Conaill Harps men failed in their bid to reach the Junior Championship Final as they came unstuck against a strong Glasgow Gaels side in a derby match with much at stake.

Having reached the League Final, Harps had high hopes for the Championship, but found themselves in an unenviable position just five minutes into the crucial match as Gaels raced into a early lead, notching two points and setting out their stall for the day.

Harps showed some justification for their confidence, however, and responded with four unanswered points to seize the lead from Gaels and force them to dig deep to find an answer. That answer came in the form of three points in quick succession, which combined with a well-taken goal just before the break, was enough to see Gaels go in at the break with a three point cushion, Dara Cahill having pointed a 45 for Harps to leave the scores at 1-05 to 0-05.

A bright start to second period, with two points from Daniel Gallagher reduced the gap to the minimum, but Gaels again had the answer—two goals and a point taking the wind from the sails of Tír Conaill Harps.

With a feeling that only pride was left to play for as the match entered its final phase, Harps emptied the tanks and to their credit transformed the scoreboard.

Five points in the final quarter of the game will be a source of much pride for a team who could have easily crumbled, but in the end that was not to be enough and the ominous looking Gaels side booked their spot in the final with a 3-09 to 0-13 victory.

Though there was disappointment at missing out on a final spot, Harps reflected on the players who had made the club so competitive in the Junior competition.

“A special mention must go to players like Rory McIntyre and Matthew McGinn who have put in excellent performances throughout the year,” the club said. “Daniel Gallagher who year in year out keeps coming back and popping scores over and to all the homegrown players who have put in an immense effort during the season, especially Craig Taylor who has trained so hard and improved immensely and has become a real asset to the team.”

In Ladies football, Connollys continued their club’s fine record this season, defeating Glasgow Gaels by a score of 3-14 to 1-03 to lift the League title (above).