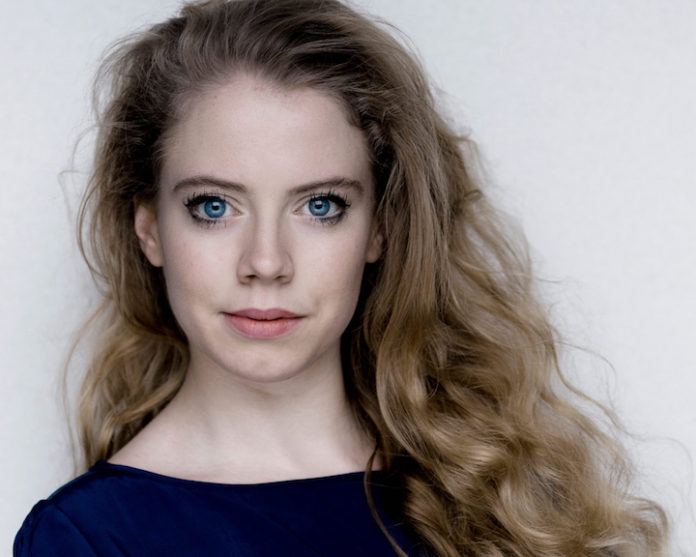 THE importance of art and culture has been a central theme during this difficult past year. Since the onset of the pandemic, cultural organisations and artists have suffered from a lack of creative opportunities because of Covid-19 related restrictions on arts venues and engagements.

Supporting cultural institutions and their audiences during lockdown has been vitally important. Through Creative Community, the Consulate General of Ireland in Edinburgh, alongside the Embassy in London and the Consulate General in Cardiff, have supported arts, culture-focused projects, and Irish creatives across Britain.

The Consulate was heartened by recent news that the Edinburgh International Festival returns this August and goes outdoors and is looking forward to working with the all of the Edinburgh Festivals and Culture Ireland to rediscover the power and joy of live performance.

Earlier this year the Consulate partnered with the Traverse Theatre in Edinburgh on a series of projects: Creative Community: Irish Theatre in Scotland series—a Traverse Theatre partnership with the Consulate General of Ireland, Edinburgh. These projects shone a light on Irish theatre in Scotland and stemmed from a call for proposals for Embassy of Ireland’s #CreativeCommunity initiative.

Separately, the Consulate are supporting Imaginate, who produce the fantastic Edinburgh’s International Children’s Festival. The Department of Foreign Affairs has supported the Royal Irish Academy to commission contemporary artistic responses to Columba’s shared international legacy during the 1500th anniversary celebrations of Columba’s birth. We’re delighted to share more information about these three projects.

Imaginate—Edinburgh’s International Children’s Festival
Imaginate—Edinburgh’s International Children’s Festival has launched an exciting and innovative programme, which will run from 25 May to 26 June 2021. In this year’s programme, there are two productions from the island of Ireland; Cahoots NI’s The University of Wonder & Imagination and Prime Cut Productions’ Removed, which are both supported by Culture Ireland.

The University of Wonder & Imagination is a fun-filled, immersive theatrical experience, which takes place live in the classroom. Children will journey to the most unusual of universities and encounter all kinds of problems and puzzles, unlocking magical powers as they go. This ambitious and unique undertaking will be broadcast live from an extensive, purpose built set where magic and illusion have no boundaries.

Removed focuses on Adam, a young man sharing his story of living within the state care system. While Adam’s story is fictional, it is an amalgam of the many stories of young people with experience of the care system, interviewed over three years across Northern Ireland. Shot as a direct to camera monologue, the emotional intensity is not lost despite this being an online event.

The Consulate is partnering with Imaginate, sponsoring this year’s delegate programme and is delighted to be part of Imaginate’s vital work promoting, developing, and celebrating theatre and dance for children and young people.

To view the full family and delegate programmes for 2021 visit: https://www.imaginate.org.uk

These commissions are in line with the Consulate’s recommendation in the report of the Ireland-Scotland Joint Bilateral Review to ‘fund high level artistic joint programming in support of Colmcille 1500 celebrations (December 2020-21), showcasing contemporary work and performance reflecting this shared international legacy.’

The Minister for Foreign Affairs and Minister for Defence, Mr Simon Coveney TD, commented: “Colm Cille, or Columba’s, legacy is a foundational bond in the Irish-Scottish relationship. These commissions, on the occasion of his 1500th anniversary, will create contemporary reflections on his significant international legacy which continues in diverse fields, whether artistic, linguistic, ecclesiastical or legal, as well as those of our shared communities.”

The Consulate is very excited by this multi-faceted commemoration, which will form part of wide-ranging celebrations of Colmcille 1500 in Ireland, Scotland and internationally. The artworks will include calligraphy, glass, music, drama, prose and poetry. They are due to be completed around the time of Colmcille’s feast day on June 9 and will be unveiled later in the year. The Consulate looks forward to sharing the artworks as widely as possible in Scotland.

Anyone Can Write a Play by the award-winning writer, performer and theatre-maker Meghan Tyler (above)—who hails from Newry and trained at the Royal Conservatoire of Scotland—is a series of four workshops that inspired people to connect with their creativity, through writing or performance. The series received an overwhelming response and has been viewed by over 2000 people so far. The workshops are available on YouTube for anyone to watch until March 1, 2022.

Paradise is a new play by Michael John O’Neill, the first reading of which aired on Wednesday February 24 to a very warm response.  The play is set in Belfast on April 10, 1998, the date the Good Friday Agreement was signed. It is told from the perspective of Kate, a Belfast native in her mid-30s. The one-woman monologue looks at those who have taken their lives in Northern Ireland and the effect it has on those left behind. Irish actress, Lucianne McEvoy, played Kate. The Consulate looks forward to seeing what future is in store for Paradise.  A recording will be available to purchase on the Traverse website.

The Dream Frequencies is a podcast that leads the listener deep into the world of our dreams and explores how our waking lives have changed beyond our imagining over the last 12 months. The podcast, created by Michael John McCarthy—a Cork-born, Glasgow-based musician, sound designer and composer for stage and screen—sets out to explore the liminal world of dreams in a series of interviews with a range of creative collaborations. Contributors include Irish journalist Peter Geoghegan, comic Mark Thomas, writers Kirstin Innes and Cathy Forde, playwright and nurse Uma Nada-Rajah, poet Tawona Sitholé, storyteller Mara Menzies and theatre-maker Isobel McArthur. The series received a four-star review from Joyce McMillan in The Scotsman who said that the ‘immersive, beautiful and responsive, [MJ’s] sounds wrap around the words and voices.’ The Dream Frequencies is available on Spotify, Acast and Apple Podcasts.