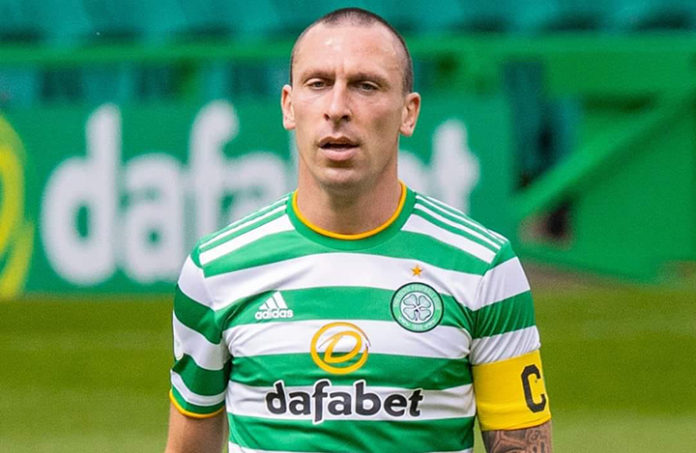 THE destination for prayers from the Celtic support may usually be St Patrick, but in a year in which green and white petitions have seemingly fallen on deaf ears at least there were other Saints to provide some relief for Celtic fans.

St Mirren and St Johnstone delivered that for the Parkhead faithful, dumping the new champions out of both cups and demonstrating the difficulty of Celtic’s achievements in recent seasons. To win a treble alone is a mighty undertaking, but to double, treble and then quadruple that challenge is a task which few would even have thought possible before Celtic did it.

Performances perforate passion
Such reminders are a poor consolation in a season which has plumbed new depths at Celtic Park. The final pathetic surrender at Ibrox was the natural fruit of a carefully cultivated lack of interest. As each failure was added to the last, Celtic players have looked less and less motivated to arrest their grinding descent from the heights they have hit. Repeatedly the white flag has been raised in derby matches, an environment where attitude often rules the day and where even successful players can be made to look like schoolboys if their nerve deserts them.

Such performances are unacceptable to supporters, but the frequency of these failures has seen fans become numb. Emotions are not as raw as they were for many, and this too is a new achievement for the players in green and white. To rob such a passionate support of much of its energy should serve as a red flag for those with power at the club. Granted, restrictions and the pressures of life in 2020/21 have combined to heighten this effect—with wider society in turmoil for over a year and fans denied their pleasure and joy of attending matches—but it is not something which is easily done, even with these other factors. Never before has there been such a lack of interest in the closing matches of a season.

Supporters are punch drunk from the blows that the playing squad have rained upon them with their dereliction of duty and are detached from the club by a lack of communication, which can only be deliberate. The interaction between the club and the supporters has devolved into whispers and tweets, with suggestions about the direction of the club in carefully placed news stories just about the best on offer for the support.

Now the club faces a finale in which no-one wants to participate and where the only positive could be the introduction of some younger faces with a future at the club in the hope that they may show some bright signs for next season. The fact that fans have only moderate confidence that this could happen speaks volumes for the distance between those inside the club and Celtic’s beating heart, the support.

Action the only remedy
The only remedy for this is action that will inspire the support. Action in the form of a decision on the new manager, a clear explanation of the club’s strategy and some ambition in the transfer market, with the once all-conquering squad gutted and rebuilt in the quest to regain success.

With the prize of direct entry to the Champions League for Scotland’s league winners next season the stakes are naturally raised, but with the route to the top table and carefully cloistered riches of the most powerful clubs now the eminently manageable task of winning the SPFL, the Celtic support will demand a credible assault on the league title. If the ambitions and priorities of the support are met, the rank and file of the Celtic support will do their job and already there are signs of the weary supporters dusting themselves down and closing ranks in preparation for next season.

The value of a united fanbase should be obvious to those with any experience at the club, and will be a major asset for incoming CEO Dominic McKay, whose presence at the front of house becomes more necessary with every passing day that Celtic supporters cast around for some sign of life from within Celtic Park. The only certainty that can gladden the heart of a Celtic supporter at the end of this all is that this is the nature of football. Sooner or later Celtic will rise to the top again—as the cream always does—and a new hunger and yearning for success will make that moment taste sweet, but there were many better possible conclusions to this season than the final decision to simply sigh and say: “This too must pass.”

Goodbye Broony
It is a small tragedy that amid this unease and conflict Scott Brown (above) will bring the curtain down on his Celtic career, after a glittering spell as player and captain.

His trophy haul is one which few would have envisioned in the modern day and stands as testament to his dedication to the cause. Despite the bitter disappointment and widespread anger at the manner of Celtic’s failure this season, the standing in which his achievements are held is clear in the reaction to his impending departure.

Celtic supporters will remember his success and leadership with great affection in the years to come. What a shame that—given the present crisis—this recognition must be added as a footnote.