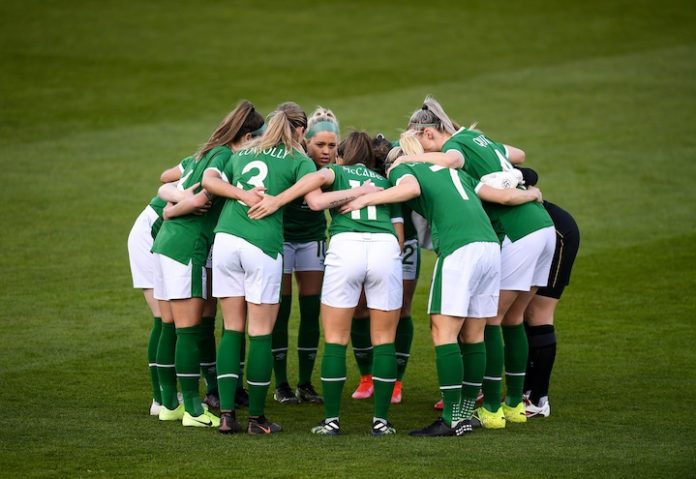 THE Football Association of Ireland recently announced that players representing the Republic of Ireland Senior Men and Senior Women’s international teams will receive the same match fees on international duty in what has been hailed as a ground-breaking deal for Irish sport.

The historic three-way agreement between the men’s and women’s squads and the FAI was brokered by FAI CEO Jonathan Hill and Ciaran Medlar, advisor to the male and female international players, alongside captains Katie McCabe and Seamus Coleman.

The men’s squad agreed to reduce their international fees, with the FAI matching their contribution to ensure that the Senior Women’s team match fee is increased and all male and female players receive the same match fee from the September international window onwards. The FAI has also agreed equality of approach with the Senior Men’s and Senior Women’s squad with regard to any future tournament qualification.

Welcoming the announcement, Ireland Senior Women’s Team captain Katie McCabe said: “This is a great day for Irish football. We have taken a huge step forward with this deal and have shown the world what can be achieved through unity as we offer male and female international players the same opportunities.

“I am very proud as Ireland captain of the work that has been put in to get us to this point, not just by the current team but by so many Irish players in the past. They are the real heroes in this story, they took a stand and they passed on the baton to the current generation. Seamus Coleman and his team-mates in the Senior Men’s squad also deserve credit for being brave enough to support us in such a progressive way on this issue. It is really appreciated.

“I also want to thank Jonathan Hill and Ciaran Medlar for their roles in this agreement. The relationship between the FAI and the Senior Women’s team is stronger than I have ever known it and we look forward to continuing to work together to make Irish football better for everyone who plays our game, regardless of their identity or background.”

Senior Ireland Men’s team captain Seamus Coleman added: “On behalf of the Senior Men’s squad, I welcome this news. We are delighted as players to do what we can to ensure that our female international players are treated equally and fairly, and we remain fully committed to doing whatever we can to achieve that goal together. This deal is the right one for everyone who plays international football for Ireland, no matter which team they represent. We have been working towards this agreement for some time now with Katie, Jonathan and Ciaran and I hope this acts as an inspiration for many other nations to follow suit.”

FAI Chief Executive Officer Jonathan Hill commented: “Speaking on behalf of the Board of the FAI and myself, we are delighted to announce this historic agreement. As we celebrate our centenary and begin to build out the strategic plan for a new FAI, the Board agreed unanimously that this is absolutely the right thing for us to do as an Association. This is another important milestone in the FAI’s own transformation journey and I believe this equal pay programme shows us to be the progressive footballing nation we have always aspired to be.”