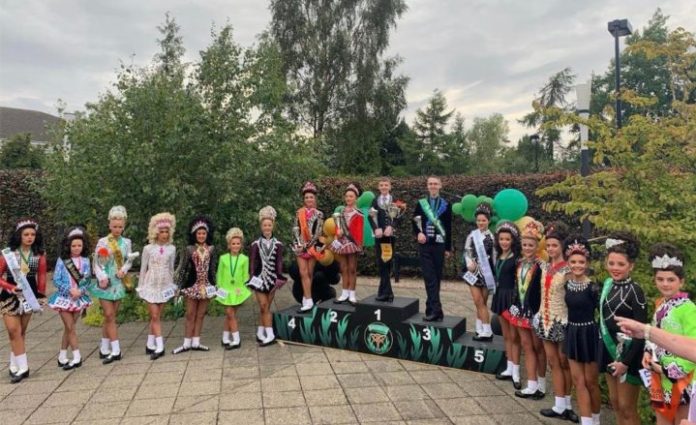 The Feis—entitled the Strathclyde Championships—was the brainchild of the Sharon Taylor Academy and featured dancers from Scotland, England, Ireland and even the US. The competitors took part in prelim and open championships at the event with a view to having grade competitions in 2023.

The competition proved to be a great success, much to the delight of Sharon Taylor, who was fulsome in her praise for the sponsors, adjudicators, musicians and volunteers who added so much to the Feis.

“It was a wonderful day and we are delighted it was such a success,” Sharon said. “We are all looking forward to next year’s event already.

“We were very lucky to have amazing sponsorship to help run the Feis, as the cost of putting on such an event is vast. We had amazing support from the parents and pupils of our dance school and those who entered from many of the Scottish schools as well.

“We had fabulous cups and trophies and I had also decided to have enamel medals made with our Strathclyde Championship logo on them which was a fabulous addition to our awards. All of those were purchased from Doherty Medals and Trophies and they really were beautiful awards. We also awarded the winners with a specially engraved crystal and a little Irish rag doll for them to keep.

“The Feis was a huge success thanks to our volunteers who helped make the day run smoothly. We had three
wonderful adjudicators—Mary McCarthy from Munster, Niamh Roddy Murphy from Ulster and Mandy Hennigan from England. Our music was amazing too and was played by Kevin Murphy.”