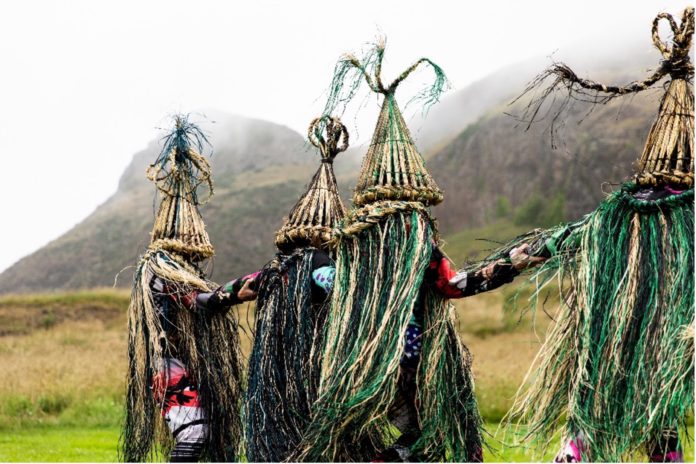 IRISH representation of comics, artists and playwrights was at an all time high at Scotland’s biggest arts festival last month due to the onscreen success of major TV shows.

After two years of cancellations and scaled back shows due to the pandemic, the arts scene is flourishing once again, something McCarthy, who is originally from the North of Ireland, was beaming about.

“It’s really exciting to see so much work across theatre and comedy. There’s more there than I’ve ever seen.”

Performers, writers and artists have cited the support of people like McCarthy, as well as a collaborative ethos amongst the creative industry and a fresh interest from international audiences. However, with the lowest per capita government arts funding in the UK, critics have warned it could prevent progress being made.

Fringe shows and funding issues
Those performing at the Fringe revealed that they also felt the North of Ireland was enjoying a comedy boom and said they have relied on the similarities between the Scottish and Irish audiences at times raise the roof.

Comedians from the North can benefit from a distinct background which is ‘darker and edgier’ than elsewhere, as a post-conflict nation and as a nation who love the craic comics can often push themselves harder to make ‘a crowd of people who are themselves comedians’ laugh, comedian, Ciaran Bartlett, said.

Paddy Raff, another stand-up comic who performed at the Fringe, said that he thought audiences were more aware of the region’s similarities to other parts of the UK and Ireland, and familiar with the accent after Derry Girls, the Channel 4 teen sitcom.

“People are more open to it rather than wondering, ‘Is this guy Scottish? Is he drunk?’” he said.

Raff considered the trend has grown over the last few years and is grateful for the shift away from a cultural discomfort with showing off, which meant it was ‘not the done thing to stand up and be funny behind a microphone.’

“We are coming round to the fact we’re just as funny as anybody else and it’s a bit of an epiphany,” he said.

Joe Dougan, who manages most of the Northern comedians performing at the fringe, said: “The Northern Ireland comedy scene has really exploded over the last few years, but the current crop of breaking talent has been in development for 10-15 years. Since 2019, an almost fully formed industry has emerged.”

Niamh Flanagan, director at Theatre and Dance Northern Ireland, which is organising a showcase of the country’s theatre, added that plays were now being made that wouldn’t have been possible 20 years ago.

Kat Woods, a playwright brought her fifth show, Birds of Passage in the Half Light, to Edinburgh, shared her view that other UK audiences had realised there was a ‘gap in teaching [about Northern Ireland] in schools.’

“There was a spike of interest when people started talking about Brexit. When people said it would be a bad thing for the union, for Northern Ireland, for a longer lasting peace, I got asked a lot of questions about it. That piqued interest in Northern Ireland, and Derry Girls has put us on the map,” she said.

Liam McMullan, who is produced a play, In the Name of the Son, about Gerry Conlon, one of the Guildford Four, who was wrongfully convicted of being an IRA bomber, added that audiences are interested in plays from the North of Ireland because they are ‘all true stories.’

However, Niamh Flanagan warned that there remains a serious funding gap.

“Funding towards the arts has been decimated since around about 2011. We’ve a bit of work to do collaboratively so that hopefully in the future the arts here will be better valued by the decision-makers. But there isn’t a government or an agreed budget so it’s very hard, there’s a lot of political instability still.”

Celebrations of culture
Elsewhere, the Consulate General of Ireland, celebrate the month long festival by dressing up their windows to highlight the terrific talent on offer last month.

As part of its Edinburgh Showcase Programme, Culture Ireland supported two productions at the Edinburgh International Festival, including world-renowned fiddler Martin Hayes, who played to a thrilled full house at the Leith Theatre, and Gabriel Byrne’s Walking with Ghosts, presented by Landmark Productions. Adapted from his best-selling 2020 memoir of the same name, Gabriel Byrne’s one-man show was greatly appreciated over its six night run a the King’s Theatre in Edinburgh.

The Consulate General was delighted to present—in collaboration with the talented Rob Heaslip—Strawboys, a vibrant 20-minute performance that blurs the lines between traditional and contemporary dance and music. Taking place in Moray Feu Gardens, the performance is a unique spin on the cultural tradition of Scotland and Ireland’s Strawboys, identified by their ornate straw costumes while out rambling streets, fields, towns and parks, parading their merriment to the joy of onlookers (above). Strawboys has toured in Scotland and Ireland this summer, finishing up at the Fringe.

In addition to the work supported in the Culture Ireland Showcase, many Irish writers, dancers, actors, producers, comedians and presenters entertained audiences across Edinburgh in August. On the scale of an Olympic Games or a football World Cup tournament, the combined festivals in Edinburgh provide the biggest platform for the Irish arts and culture outside the island of Ireland.