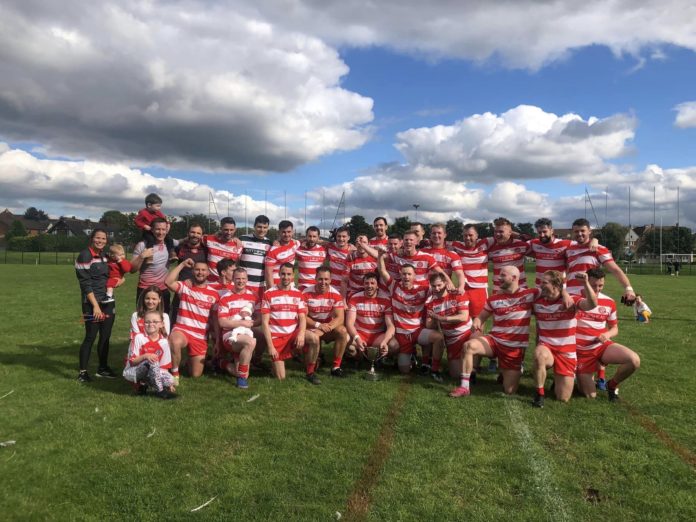 THE Men’s Championships at Senior, Intermediate and Junior were concluded with keenly contested finals, as four clubs saw their sides chasing glory.

In the Senior Championships the old rivalry between Glasgow Gaels and Dunedin Connollys was played out once again as the two clubs faced off in Coatbridge to decide the destination of the senior trophy.

Gaels took the initiative from the start, and while they traded points with Connollys it was their keen eye in front of goal which made the difference. Two first-half goals saw them come in at the break with a cushion in what is usually a much closer affair.

The half-time score of 2-06 to 0-06 in Gaels’ favour gave them confidence for the second period, but this was a match still very much in the balance. Connollys’ long period of success was built on their ability to deliver a top quality performance at the crucial moment, and with the second-half opening with the two sides swapping scores once again it would take a stiff defensive showing from Gaels to keep the Edinburgh side at bay.

An even third quarter saw Gaels maintain their buffer, holding off the expected Connollys onslaught with a series of scores to keep Connollys at bay. At 2-10 to 0-09 Connollys still had hope that the day would be theirs, but as the crucial final phase of the match was entered it was Gaels who had the bit between their teeth. A third goal was accompanied by another five points, and with only one between the uprights in reply for Connollys the match turned into a procession for Gaels as they secured another championship in fine style (above).

Their eyes now to the British Championship where, under the guidance of management team Jimmy Treacy and Damien McGovern, they will once again fly the flag for Scotland and dream of provincial glory.

Dalriada triumph
It was to be another hard-luck story for Connollys in Coatbridge in the intermediate championship, coming up against a tenacious Dalriada side who would not go away.

Connollys twice thought they had done enough to lift the trophy, with late scores for Dalriada first at the end of normal time and then at the end of extra time took the game to penalties. With a final score of 1-13 to 2-10 there was nothing between the teams, and it was a cruel way to settle to the competition, but Dalriada didn’t flinch at the final moment.

Slotting away their kicks under pressure they emerged victorious. 4-2 was the deciding margin, and while Dalriada celebrated Connollys were left to lick their wounds and experience the unfamiliar feeling of final defeat to Dalriada, who have waited a long time to dispatch the Edinburgh side in a decider.

Gaels at the double
Gaels were to the fore in the last of the three finals, taking on Sands MacSwineys on their home turf in Coatbridge. In an enthralling first-half the youthful exuberance of Sands couldn’t be contained by Gaels, and though they had surged into an early lead they had to fight to go in level at half-time.

Roan Mina in particular was the cause of trouble for the Gaels backs, the young Sands forward scoring two goals and providing a regular target to relieve pressure.

With the scores at Gaels 2-08 to Sands 3-05 at the break there were high hopes among the healthy crowd of spectators that the match would be a thriller, but Gaels found an extra gear and straight from throw-in went on a second-half scoring spree.

A goal and a slew of points followed and their relentless attack took the wind from Sands’ sails, with the match ending as a contest and Gaels showing the confidence and skill that made them champions. Sands will have high hopes that with another year of experience under their belts the squad of players—almost entirely a product of the youth football programme in Coatbridge—will have enough to go one better in 2023.