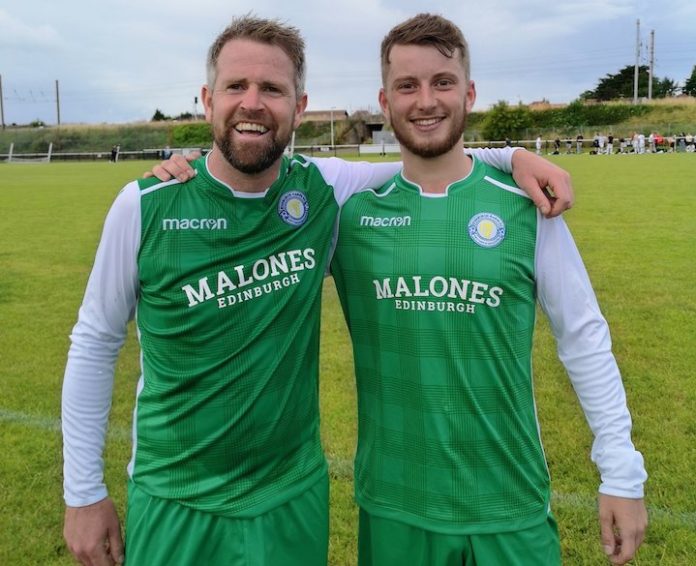 AFTER conceding in the last-minute against Cavalry Park in the fixture before, Edinburgh Harps were keen to get back on track against Musselburgh Windsor.

Returning to their home pitch at Royal High, the Harps looked more comfortable from the start retaining the ball well and limiting the opposition to long range shots.

The early possession converted to two first half goals when combative captain Kurt Priestley won the ball back in typical fashion 30 yards out before seeing an audacious lob hit the top corner.

Stephen Faller went close as his guile found space in the box only to see his effort come back off the post. The Harps continued to push and right back Ewan McLean made his way into the box and after some pinball the ball landed at his feet for him to flick the ball over the head of the hapless Windsor stopper.

Windsor looked dangerous on several occasions in the second half as they probed for a way back into the match only to be thwarted by a series of top drawer saves from Harps’ keeper Connor Muir.

The Harps continued to threaten with chances falling to John McClarey, who, despite his rich vein of form, could only watch as his shot hit the post. However, a marauding run from centre-half Alex Snoddy and a neat interchange with Faller saw him one-on-one with the keeper who was once again lobbed to make it 3-0 and seal the win for the Harps.

It was a superb performance from an injury-hit Harps and should provide the catalyst they need to ignite their season.

It’s been a difficult start to the campaign with some big fixtures early on against league leaders Ratho Park who overcame the Harps 7-3 and champions-elect Craigshill Thistle, who defeated the Harps 3-0.

The frustration on the pitch began to mount as performances were continuing to improve, but positive results were not as forthcoming. A 2-0 defeat to KSQ epitomised those fortunes with a really good team display punished by way of two errors to lose by that scoreline.

Victory away to Dunbar Athletic provided a glimmer of hope as the new management team bedded in a new formation and change of personnel in the camp. Veteran striker McClarey bagged two that week as the Harps won 3-0. He’s provided five goals in five matches so far this campaign. Other bright sparks have come from all over the pitch, with Coleraine-born Scott Lynas, Derryman Cormac O’Brien and Ashington man Reece Dalby all starting the season well.

The Harps will look to kick on their campaign with Fallin next up in the Scottish Cup before a series of League and League Cup fixtures.

The club would also like to put on record its thanks to Malones for renewing their sponsorship of the team and indeed the Irish diaspora’s sporting community.