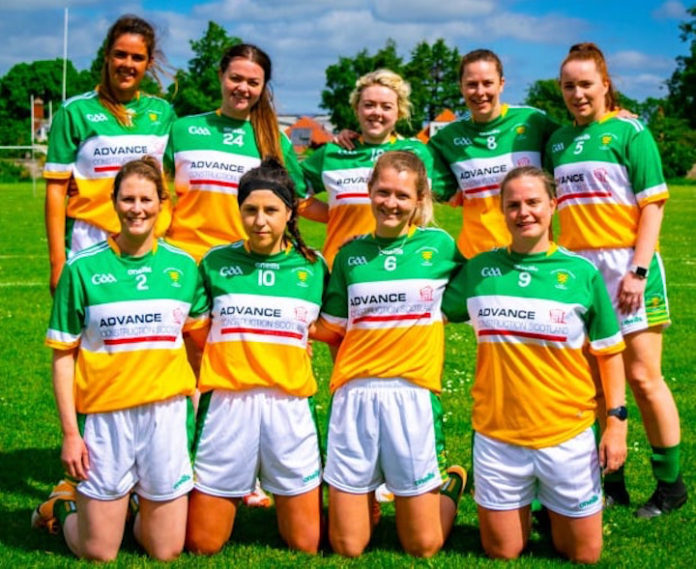 A LITTLE bit of history was made in Edinburgh recently as Tír Conaill Harps fielded their first ladies’ team in a number of years.

A lot of hard work and preparation has been put into the formation of the new ladies’ team and indeed the girls themselves having been putting in the hard yards in pre-season training sessions.

The fruits of all their labours were plain for all to see as the ladies (above) took to the field for the first time in the Scotland GAA Ladies’ 7-a-side tournament.

They faced three games against Glasgow Gaels, Dalriada and Dunedin Connollys and although they were unable to find a win in any of the games, the girls put in fantastic performances in each one.

In the final game of the day, the marked improvement in their performance was notable and they were very unlucky not to come away with a win. This however will be looked at as a great platform to kick off from and Harps will be eagerly anticipating their next set of fixtures.