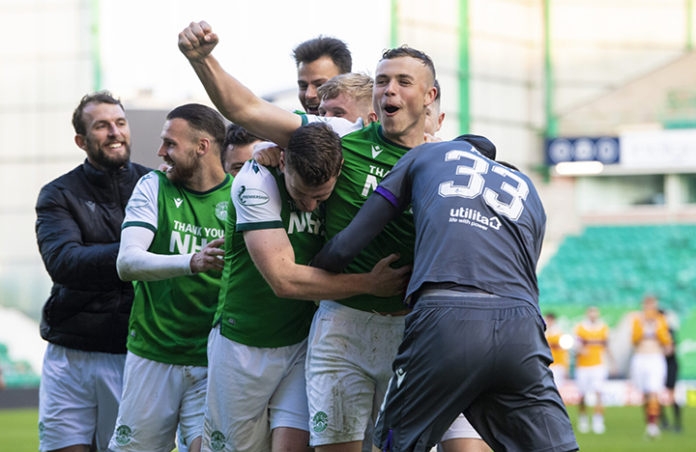 THE last time that Hibernian managed to beat St Johnstone at Easter Road, Pat Fenlon was the manager and Shefki Kuqi played. The Hibees won 2-0 that day with goals from Eoin Doyle and Paul Hanlon.

As of now the Cabbage have failed to beat the Perth side in seven attempts at the holy ground. While the Hibs teams of Jack Ross, Neil Lennon, Eddie May and even Paul Heckingbottom have bested Saints at McDiarmid Park in that time, this winless home run against the Saintees has become irksome for many Hibs fans and will doubtless be cause for concern among the Hibernian faithful should they make it to the Scottish Cup Final and face the in-form Perth side, who themselves are chasing a historic cup double.

Jack Ross’ men lacked any invention or urgency in this latest clash against a St Johnstone team that lacked a host of first team regulars. Former Hibs dud Glenn Middleton scored the match’s only goal, following a true ‘howler’ of a mistake by Ryan Porteous. Hibs fans will hope that this insipid performance will be a wake up call to the team as it faces a monumental fortnight, looking to cement third place in the league and also to, maybe, win the Scottish Cup.

To cement third place in the league, the Hibees really need four points from their remaining two league matches, against Celtic and Aberdeen. While Ross’ men are firmly in the driving seat, a supreme effort is still required in those two matches to secure this season’s ‘best of the rest’ title.

The Scottish Cup, meanwhile, has once again caught the Hibs fans’ imagination, as the semi-finals have seen the Leith side paired with Dundee United. Hibs fans have happy memories of such a fixture en route to winning the cup in 2016, beating the Terrors on penalties, yet will also doubtless remember their shock exit at the hands of United in the semi-finals of 2005. Hibernian FC has ‘bottled’ a number of high-profile fixtures in recent years, so, Hibbies will be hoping that the spirit of 2016 can be invoked when they face Dundee United, to ensure that the Hibs team do their fans proud at Hampden.

To reach Hampden, Hibs disposed of Motherwell at Easter Road in the quarter-finals on April 24. The Hibees were excellent in the first half and led the Steelmen 2-0 with just ten minutes remaining. Christian Doidge and Jackson Irvine netted for Jack Ross’s men. However, poor defending by the Hibees and an inspired Motherwell substitution led to a collapse which saw the match tied at 2-2 after 90 minutes. Extra-time couldn’t separate the sides but Hibs won the penalty contest 4-2 (above). In the cup, progressing to the next round is all that matters, though.

The earlier rounds had seen the Hibees roll their sleeves up and complete the largely thankless task of eliminating two lower league sides, easily defeating Queen of the South at Palmerston and Stranraer at Stair Park, 3-0 and 4-0 respectively.

Hibernian’s other two league matches in April consisted of a home 2-1 win against Livingston, in which Kevin Nisbet and Martin Boyle scored, and a narrow 1-0 defeat by Rangers at Ibrox—a game in which Hibs had a good Porteous goal disallowed for no apparent reason. The Hibees played well in both of those matches.

Now, all Hibernian eyes are on that Hampden semi-final showdown with Dundee United. Hibs have to put their recent Hampden humiliations to the back of their mind and show that they have what it takes in the big, important matches. If Jack Ross and his players can reach the cup final they will be on the verge of creating history and of giving Hibs fans some real joy after what has been a dreadful 13 months for all of humanity. Given the topsy turvy year it’s been, who would bet against Hibernian proving their doubters wrong once more? A chance to become immortal is near and Hibernian’s fate is in their own hands.