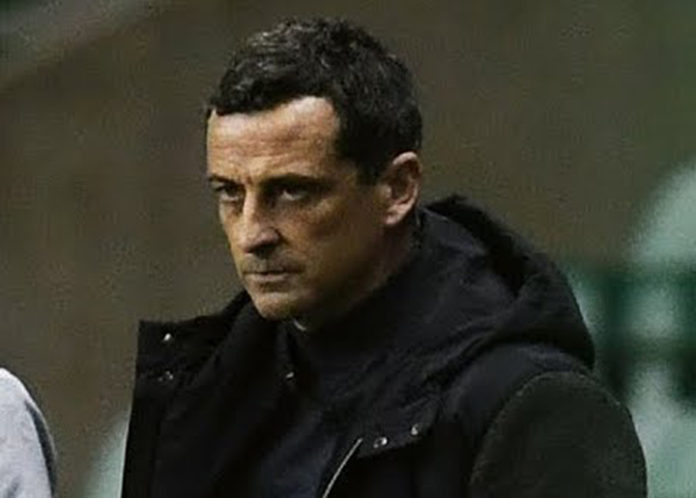 HIBERNIAN are currently on a four-match losing streak in the Scottish Premiership, with the month of October having yielded no points and just two goals for the Easter Road side.

Jack Ross has thus become the first Hibs manager to have lost four consecutive matches since Terry Butcher in 2014. Just another three defeats are needed to match Jim Duffy’s ignominious ‘record’ of seven defeats from season 1997/98. Nobody wants to see that happen.

Some Hibs fans lay the blame for the current slide in the team’s form squarely at the feet of the manager. In truth, while the gaffer must accept some responsibility, the players must also take their own share of the blame for what was a very poor month for the green jerseys.

The first of those four defeats was that somewhat unfortunate narrow loss to Rangers at Ibrox. For that defeat, both players and manager get ‘a pass’ as the match was ruined as a contest by inept refereeing.

A fortnight after the Ibrox fiasco, the Hibees played host to Dundee United, having recently demolished the Terrors 3-1 in the League Cup quarter-finals up at Tannadice. In this ‘rematch,’ however, it was Hibernian who were demolished, losing 3-0 and putting in a dreadful performance which lacked cutting edge, creativity and even, at times, basic organisation. Clark, Edwards and Freeman were on target for the men in tangerine. In this match, we saw everything that can be irksome about Hibs teams over the last three years.

Next up came a trip to Pittodrie to take on ex-Hibee Stephen Glass’ Aberdeen. Hibs managed to put in an even more insipid performance than they had against Dundee United. This time it was only a 1-0 defeat, but the Cabbage didn’t even have a single attempt on target in the match and also had Darren McGregor red-carded. McGregor—to be fair—had faced considerable provocation from Aberdeen’s Ramirez.

Defeat number four came in a midweek match against Celtic at Easter Road. The Hoops blew the Hibees away in the opening 30 minutes, scoring three goals and they could easily have had more. Hibernian’s abysmal defending in the first half was akin to some of the inept displays under previous managers like Heckingbottom, Fenlon, Butcher and even Duffy. The visitors took their foot off the gas in the second half and the Hibees seemed more focused after the interval, even forcing two good saves from Joe Hart. The match ended in a 3-1 defeat for Hibs with their
consolation goal coming from Martin Boyle in the first half.

Celtic’s third goal in that match saw hundreds of Hibees head for the exits. If Hibernian play as they did in the first half against Celtic against Rangers in the upcoming League Cup semi-final at Hampden, they will be annihilated and Ross (above) will have yet another Hampden humiliation with Hibernian to add to his CV.

Some statistics rightly show Ross to be a decent Hibs manager. He was the first Hibernian gaffer to lead the side to a third placed finish since Tony Mowbray in 2004/05—only Mowbray, McLeish, Ross and Alex Miller have managed that in the last 40 years. (Neil Lennon’s Hibs side got more points than Ross’s in 2017/18 for finishing fourth, though).

On the down side, Ross has faced the three teams Hibs fans want to beat most—Hearts, Rangers and Celtic—during his tenure and has won just one such match in 18. To most Hibees, that’s unacceptable. Hibs fans will hope that their gaffer can motivate the players to improve that record when they face Rangers at Hampden later this month, in what to Hibs fans is now a ‘must-win’ cup-tie.

Ross and the players have a chance to show their doubters that they can handle big occasions and can beat Rangers. If Hibs can win, it could kick-start something wonderful at Hibernian. If they can’t and don’t, and the Hibee faithful have to trudge out of the national stadium after yet another disappointment and with the victory songs of the Rangers faithful ringing in their ears, then it’s going to be a very long winter indeed for all fans of Edinburgh’s green and white.