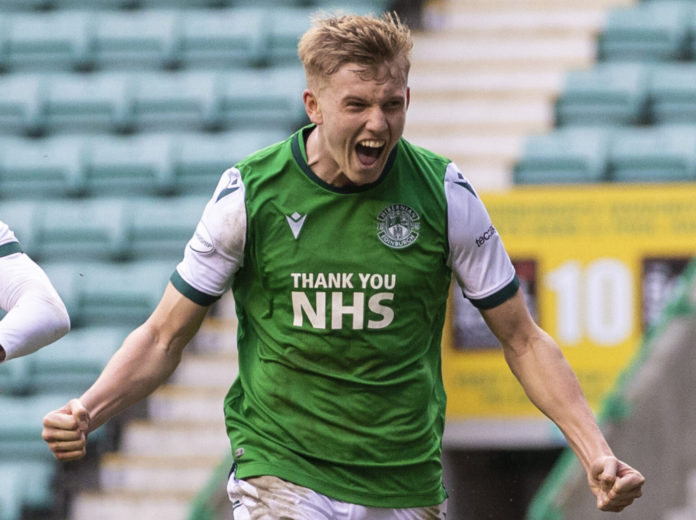 HIBERNIAN’S fine winning streak was ended by Motherwell at Easter Road at the end of February. Goals from Jordan Roberts and Devante Cole gave the Steelmen a fairly straightforward victory against a somewhat insipid Hibs side, whose performance on the day belied their decent form of recent weeks.

After the Hibees beat Dundee United 2-0 on January 30, next up came a midweek trip to Paisley to take on St Mirren. The Buddies started well but their ‘keeper Jak Alnwick was red-carded midway through the first half and the extra man advantage saw the men from Leith gain the ascendancy. A Martin Boyle penalty and a header from substitute Ryan Porteous were enough to earn the Hibees a 2-1 victory and three points. St Mirren’s consolation goal, ironically, was scored by Jon Obika, the striker who is a cult-hero to many Hibs fans, by virtue of the fact that it was his goal against Hearts last season which led to the relegation of Hibs’ city-rivals.

Many encounters between Aberdeen and Hibs in recent years have played out much like chess matches—close games decided by simple errors. Hibs followed up the St Mirren win by easily beating Aberdeen 2-0 at Easter Road, with both goals coming from Boyle—who is surely now a certainty to be the club’s player of the year.

Next up, the Hibees were at home once more, taking on Hamilton. Accies played most of the match with ten men but there was no ‘cricket score,’ as the Lanarkshire men put up dogged, stubborn resistance. Be that as it may, the Hibees won the match comfortably, with a first goal in green for Josh Doig (above) and an excellent Boyle goal—he could have had more and even had a penalty saved in the first half.

Without fans in stadiums, this season has made a lot of supporters question the standard of the Scottish game. True, the top-flight is a lot more ‘bargain basement’ in its player pool than it was say 10 or 15 years ago, with most clubs not spending, relying on loan deals and with the added restrictions to recruitment caused by the UK’s exit from the EU. Yet football has carried on and much excitement awaits fans of teams who excel this season. Leaving aside the one-sided title race, Hibernian are now firmly in the driving seat for third place and a European slot. With big hopes for society to be reopened by the summer, the prospect of some European away trips, if possible, will surely warm the cockles of all Hibernian supporters amid this very bleak midwinter.