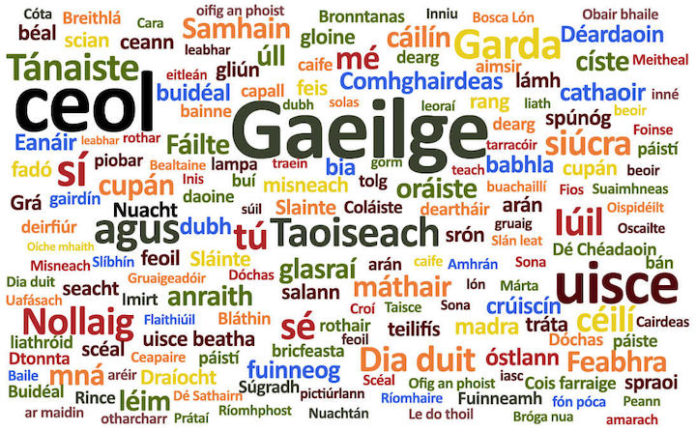 THE Irish language has taken its place among the other languages of the European Union by becoming a full EU language.

It is expected that the move will increase the Irish presence in European institutions, with some 200 Irish language staff expected to be employed among the 2000 translators who ensure that the various languages of the EU are represented.

President Michael Higgins—a strong advocate of the Irish language throughout his career—spoke of the importance of Irish gaining such a status as well as the opportunities it will bring.

“On this special historic occasion may I congratulate and send my best wishes to all those working with and through the Irish language in the European Union and at home,” he said. “Today is a significant day for the language, as it attains full status in the European Union with the ending of the Irish language derogation. This full status is an important recognition at international level of our specific identity as a people with a distinctive language of our own that we use alongside all the other languages we use and respect.

“It places our language on an equal footing with those of the founding members of the Union, and those of the member states who have joined over the years since. This is a significant achievement, and it will be gratifying for many people to know that, every day, the Irish language will now be in use in the European Union.

“While the language will now be in every day use in the EU, we must now seize the opportunity to also take responsibility for ensuring that it means something in our own lives. I gcroílár gnóthaí laethúla na hEorpa; i gcroílár an tsaoil sa Bhaile [At the heart of Europe, at the heart of business].

“I would urge people throughout Ireland to take this opportunity to renew their own relationship with our language, which is such an important part of our heritage. Yes, we must learn the languages of our friends in Europe and use as much of their languages as we can, but there is immense significance to having our own language in use.

“We have made English our own, and we rightly take pride in our four Nobel laureates in literature in that language, but now we have a further linguistic tool for our reflections and exchanges.

“I would suggest that now is the time to make one great effort for the language. When Teilifís na Gaeilge was coming on the air, I said ‘give the Irish language another chance’. Now I say throw off all the inhibitions, the excuses, the laziness and as the language of our ancestors becomes at every level in daily usage in the European Union, let us go and make a resolution to give it a place in our daily lives at home—i lár an aonaigh, inár ngnáthcaint [at the centre of things, in our everyday speech].

“Today is a day of opportunity, when the Irish language joins so many others with full status in the European Union. However it is up to all of us to seize this new moment and to ensure that the language means something.”

Irish was first given enhanced status within the EU in 2007, after which the Irish Government requested a derogation—which limited the amount of documents required to be translated into Irish—as a result of a shortage of qualified staff.

Now, however, with the derogation expiring and a greater capacity to satisfy the requirements of acting as a full EU
language, Irish translators will take their place at the heart of the EU to ensure that Irish is used on an equal basis with the other languages of the EU.