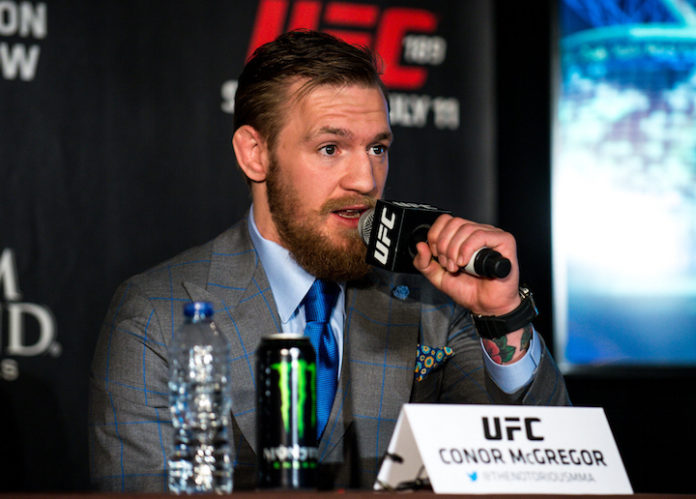 CONOR McGregor is getting his wish with an immediate rematch with Dustin Poirier to settle the trilogy fight.

McGregor stopped Poirier on his rise to UFC superstardom in 2014. Poirier handed McGregor his first knock out loss in January in Abu Dhabi. One win apiece.

Poirier gave up the chance of a title shot to take on McGregor again with the fight scheduled to take place in Las Vegas in July.

If McGregor (above) loses then it would be hard to see where he can go in the UFC, consecutive losses against Poirier and only a win over Donald Cerrone sandwiching a loss against Khabib Nurmagomedov would take a shine off the Irishman’s legacy.

A lot of sports media saw McGregor’s loss in the last fight as a shock, but it was only a shock to those who don’t follow the sport. Poirier has been interim champion and fought regularly against top contenders, McGregor has fought three times in three years.

He will be looking to exact revenge to get his career back on track and be at the top of the queue for a future title shot in a division that is wide open, with the title lying vacant following Nurmagomedov’s retirement.

The Dubliner may have underestimated Poirier’s power in the last fight and we can expect the nice guy façade to give way to his usual pre-fight tactics in an effort to get inside Poirier’s head like he did in the first fight.

Trilogy fights don’t come around too often in the UFC and with the high stakes involved for both parties we can expect fireworks.