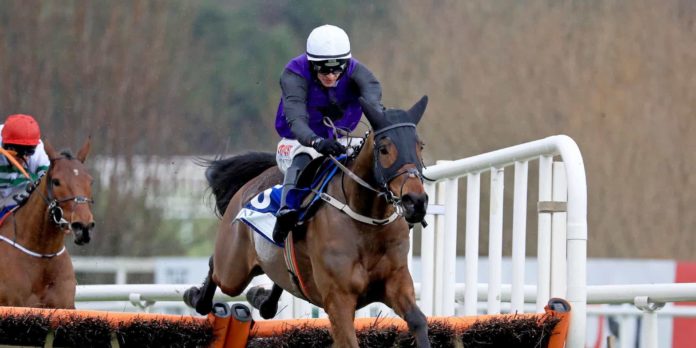 WELL Willie Mullins had a great time at the recent Dublin Racing Festival at Leopardstown.

On the first day, he kicked things off with Minella Cocooner (above) winning the opening race with Danny Mullins riding. He soon followed that up with Vauban winning the second race with Paul Townend as jockey. Blue Lord won the third race with Paul Townend riding. His next winner, Facile Vega, took the Bumper race spoils and I am sure he will go to Cheltenham for the Bumper there. He has a great chance of winning it.

On the Sunday, Mullins also saw Gallopin Des Champs win the Ladbrokes Novice Chase followed by Chacun Pour Soi winning the Dublin Chase and finally Sir Gerhard winning the Novice Hurdle. They will all head for the Cheltenham Festival in March with others from the stable and there are plenty of potential winners there for Mullins.

The Gordon Elliott stable came out on top in the Paddy Power Irish Gold Cup as Conflated, ridden by Davy Russell, won the race. He will also be going to Cheltenham and should not be underestimated in whatever race he goes for.
Honeysuckle, ridden by Rachael Blackmore and trained by Henry De Bromhead won the Chanelle Parma Irish Champion Hurdle. She has now won 13 races in a row since winning her first. So off to Cheltenham she goes too!