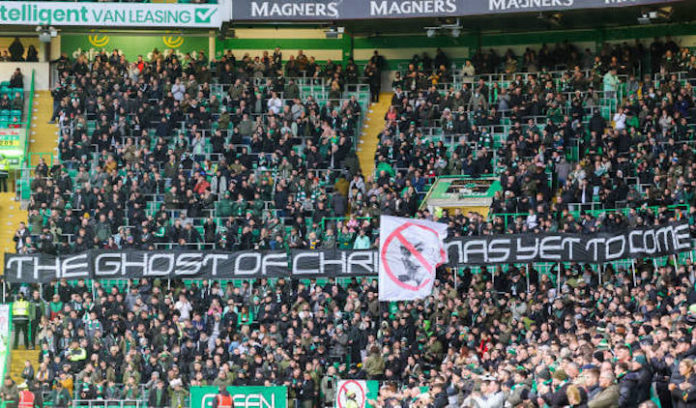 ANGE Postecoglou’s run towards the January break continues to be a positive demonstration of both of his philosophy and his ability to get results. At Tannadice, in particular, Celtic’s demolition of Dundee Utd was capped at three goals but on a different day they could have been pushing double figures such was their dominance.

Injury concerns have added a layer of stress to team selections, and the worry about going to the well too often with the same players remains, but results have shown that Postecoglou’s style should be no barrier to success.

A League Cup Final this month gives him a first opportunity to lift some silverware, while coming into the winter break in firm contact with Rangers allows him the target of strengthening in the January window with a view to adding the players for a league challenge. Furthermore, he has been taken to the hearts of the Celtic faithful.

Relationships
The development of his relationship with the Celtic support has created a bond between supporters and manager which is evident in his actions—with a warm interaction once again at the final whistle at Tannadice—and in his words, with the manager hailing the support as the most important part of the football club.

There does appear to be reluctance from other corners of Celtic Park to value this type of engagement with the support however, with the Celtic board plugging their heads firmly in the sand once more in a revival of last season’s crippling inertia and inability to respond to supporter worries.

The cause, this time, is not failings on the park and in the dugout, but rather the concerns that Celtic will shortly be appointing Bernard Higgins to a role within the club. That a man with such a negative reputation within the support is being considered for a role in safety and security is baffling to onlookers and has prompted a response which shows no sign of slowing down. Already hundreds of supporters clubs and the thousands of fans they represent have spoken on the issue (above), refusing to deal with Higgins if he is appointed and calling on the club to communicate with them on the issue.

As is stands, there has still been no comment forthcoming from the Celtic board, other than a mealy-mouthed response by club chairman Ian Bankier at the AGM after being directly questioned on the issue. Furthermore, the silent protests against Real Betis—in a match which served as an excellent proof-of-concept for Postecoglou’s approach against a stronger side—and Motherwell have clearly impacted the players and the manager, as if the importance of such support for the club needed illustrating.

Whether this is pig-headedness or ignorance is anyone’s guess, but neither traits are ones which experienced businessmen would be expected to show and the reaction at boardroom level has led to a crisis.

Such a gulf between those who lead a club with their decisions and those whose hard-earned pounds fund the whole enterprise is a depressing reality as the club looks to be sorting itself out on the pitch and meeting the challenge of recovering from last year’s calamity.

Almost forgotten about now is the abortive reign as Chief Executive Dominic McKay, who arrived with great fanfare and then departed amid rumour and counter-rumour just as quickly, but that was the first sign that the dysfunction at Celtic was not simply an unforeseen consequence of a once-in-a-lifetime season in which Covid-19 disrupted society.

Stopping the rot
There is a different kind of rot at Celtic and with Postecoglou’s results on the park and the support’s clear show of approval for his efforts it is not a footballing issue. Celtic look well-drilled, with a happy group of players who—along with their manager—have a strong bond with the support. Should they continue this form into the new year and get a result against their city rivals they will be well-placed for an assault on the league championship and with it the prize of Champions League qualification.

To find themselves in that position after the carnage of last season and the calibre of playing squad handed to the new manager would speak volumes about the quality and amount of work he has achieved.

That fan issues still rumble on can be laid at the door of the custodians of the club. A lack of clarity and a lack of communication have allowed the relationship between the stands and the boardroom disintegrate and the depth of feeling by supporters has been seen in what is now a widespread and sustained campaign against the appointment of Higgins.

It was the last thing Celtic needed this season, but has nevertheless been allowed to fester and break into an open wound which provides a needless distraction to the great progress being made on the park.