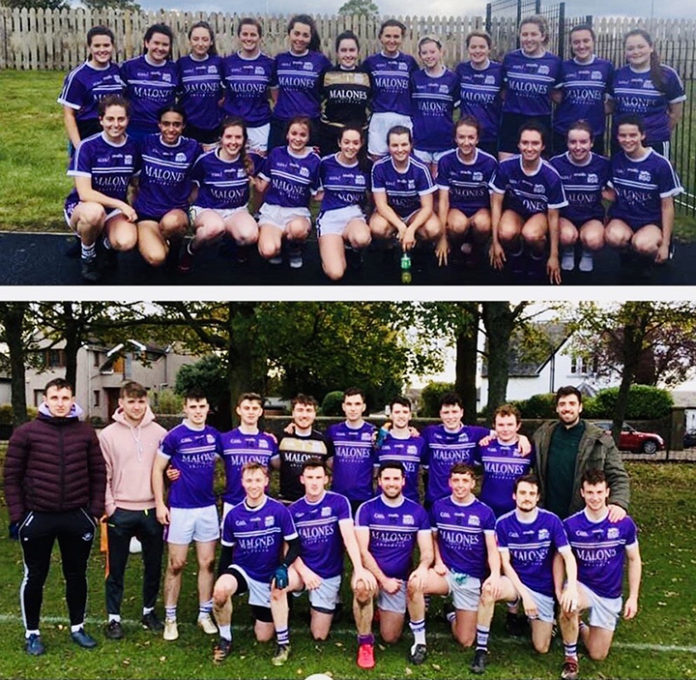 THE current Covid-19 pandemic has forced GAA clubs throughout Scotland to come up with innovative ways of keeping their members informed and involved and Robert Gordon University GAA Club is no different.

The club recently came up with a fundraising initiative that is different to previous years—which had mostly been centred around their main sponsors, Malones—by organising a virtual 5 km run.

“In previous years, our fundraising was intended to support the running of the university GAA club however, due to the cessation of competitive games and training this year, we had an opportunity to run a fundraiser of our own choosing and could decide where the funds would go,” Alan Camon, RGU GAA President, said. “The virtual 5K was intended to comply with current guidelines whilst also adding a slight competitive aspect to keep spirits high. The virtual aspect allowed students based in Ireland, Aberdeen and further afield to take part.”

The club decided to donate any funds raised from the run to the Irish Cancer Society and as a result raised in excess of £2000—a fantastic amount for the charity.

“When picking a charity, our committee members were asked to nominate a charity of their choice and we would then vote,” Alan continued. “The Irish Cancer Society is a charity close to everyone’s heart as unfortunately, cancer has touched all of us in one way or another. Ladies joint captain Amy—whose grandmother was battling cancer at the time—suggested the Irish Cancer Society and all committee members unanimously agreed.

“We were thrilled by the support we received from near and far and couldn’t be prouder of all RGU GAA members. Special thanks goes to Thomas and Ciara for their work behind the scenes.”