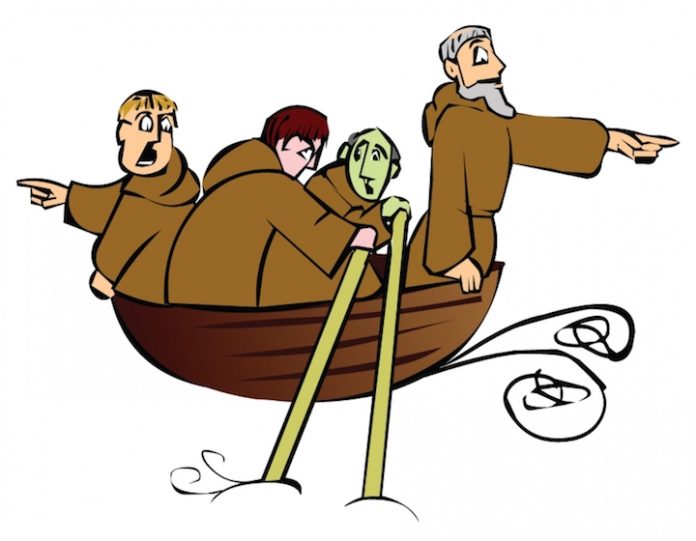 A BRAND new resource aimed at teaching children a little bit more about the life and legacy of St Columba has been launched by the St Columba Heritage Centre in Derry.

With 2021 marking the 1500th anniversary of the saint’s birth, and celebrations and events to mark St Columba’s legacy being planned in both Scotland and Ireland, the resource is a timely addition.

The four-part resource pack—which was developed in conjunction with St Augustine’s Church and staff from Long Tower Primary School in Derry—is free to download and is aimed and primary and lower secondary school pupils. It is suitable for both teachers and parents to use.

Contained within the pack are a wealth of activities related to the places associated with the Celtic saint, his reported love of animals and nature, his imagined feelings and emotions at different times in his life and the stories associated with him.

They resource is cross community as well as cross curricular in theme and also boasts a facility for any teachers who wish to undertake a short collaboration to find a suitable partner school either in Ireland or Scotland as well as a gallery to showcase children’s work.

The driving force behind the resource is Peter Heaney, a retired primary school teacher from Derry, who was inspired to create it due to a genuine love of the story of St Columba.

“I always had a great interest in the story of St Columba and would have explored some of the stories every year with my class,” Peter said. “I particularly liked the idea about St Columba that everything in life was recoverable. After the book and the battle, he was able to recover and acknowledge what he had done and then continue. It was a nice metaphor and example to present to the class. I always found that a lot of the saints are presented in ways that make their lives seem unachievable, not so with Columba.”

During the course of his teaching career, Peter said that he was always very interested in and took part in collaborative processes in Ireland, but also in Scotland and England, and further afield too, which made this project a particularly interesting one.

“My previous collaborative exchanges revolved around asking the children to explore what was remarkable about their own areas, in terms of stories and cultural aspects, for example place names, legends, interesting places and so on. We would then then share these with others. In that way I hoped that they would learn to appreciate what they had and also learn to admire what others enjoyed as well. It’s effective too as children love to discover things about themselves and to share these with others. That is the model that the St Columba resource is based on.

“I loved teaching and tried to provide both a challenging as well as an entertaining experience for the children.”

Since retiring, Peter also has assisted his daughter Nicola with her own project, namely writing a children’s book of Ulster Fairytales and Legends.

To make use of the resource, simply visit: https://www.stcolumbaheritage.com/index.php/component/k2/item/9-columba-resource-pack