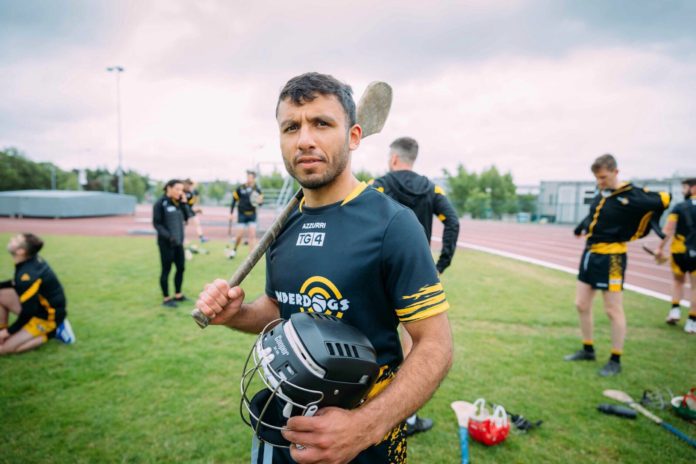 Born in Baghdad, he was just nine years old when he left war-torn Iraq for Ireland. Once there he threw himself into Irish life and fell in love with hurling as a teenager.

His love and participation in the game—and his many hurling videos posted to social media—led to him being appointed as Dublin GAA’s first ever Diversity and Inclusion Ambassador.

As a Justice, Diversity, Equality, Integration and Inclusion Advocate and Advisor, he has worked to open up the GAA and use sport to break down barriers.

His experiences in working with sport and inclusion have fuelled a dream to become a diplomat. A law graduate, his focus of interest is Law and Diplomacy, but it is his love of hurling and his inspirational story which have made him such an inspirational figure.

Working with An Garda Síochána and Óglaigh na hÉireann (Irish Defence Forces) on many matters such as DEI, integration and policy discussions he has used his platform through the GAA to impact Irish life, and now he travels to host club Glasgow Gaels to boost the GAA community here and spread his message.

Hosted by Sharkey’s Bar in Glasgow on November 10, Abood and a range of other speakers—including Jeanette Findlay, Joe Bradley, Jennifer Treacey and Peter Mossey—will host an evening of celebration and inclusion.

With a focus of its own on inclusivity, equality and diversity, Scotland GAA—in celebrating its 125th anniversary—has reached out to share the GAA as widely as possible, telling the story of Gaelic Games in Scotland and building a new future for the Association.

As well as listening to the inspirational visitor, Abood will also participate in competitive hurling here, with the Scotland county board and Ceann Creige hosting a tournament in which he will represent Leinster.

His trip will also see him visit Celtic Park and join Glasgow Gaels as their guest at their annual dinner.

More information on how to participate in an exciting visit by such a celebrated GAA personality can be found via social media channels @ScotlandGAA or by e-mailing: mhollinger67.mh@gmail.com.

Tickets for the event cost £5, payable via PayPal