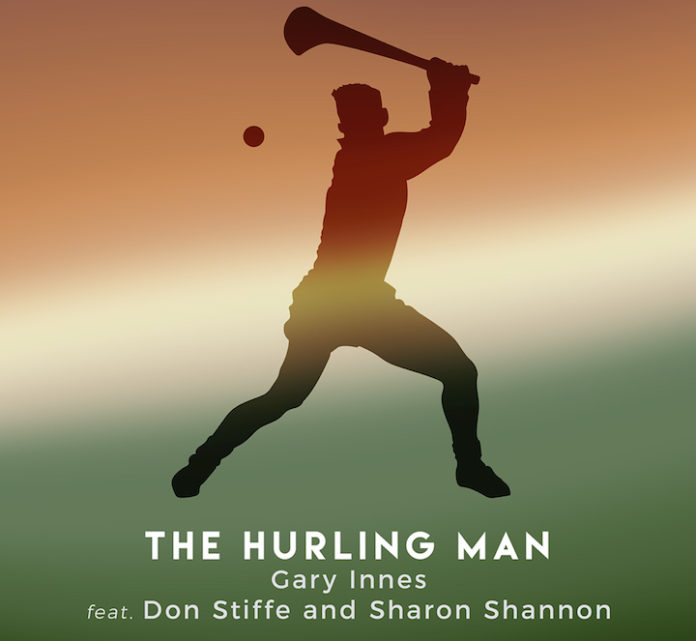 A NEW single, written by a Shinty playing legend, that celebrates Ireland’s ancient and native sport Hurling is set for release on Friday August 13.

The song, entitled The Hurling Man, was written by former Scotland Shinty player Gary Innes, who captained the Scotland National Shinty team on many occasions and met Irish Hurling legends at Croke Park for the annual Shinty-Hurling International Series throughout his career.

The new single—a celebration of the deep-rooted love felt for the sport across Ireland—will be released the week before the All-Ireland Senior Hurling Championship Final at Croke Park, Dublin on Sunday August 22 and, it is hoped, will prove to be an anthem for supporters and players alike

The song talks of the sport being ‘an education of sorts’ that plays its part in helping villages and counties to connect. It positions Hurling as an opportunity to escape life’s challenges, cast differences aside and talks of the feeling of mutual respect between the wood swinging brothers of the sport.

Don Stiffe is one of the greatest singer-songwriters to have emerged on the Irish Folk scene in recent years. He is a passionate and talented singer whose impressive performance style has moved audiences all over the world. In 2011, Don was a finalist in one of Ireland’s most watched TV shows, The All-Ireland Talent Show, with live audiences of up to 800,000 people.

Don, who has been a lifelong fan of the sport, said: “I’m delighted and honoured to be asked to sing this great song called The Hurling Man written by Gary Innes from Scotland who is indeed a legendary Shinty player himself.

“I’ve been going to hurling games since I was eight years old with my father and after seeing Galway win the All-Ireland and the Liam McCarthy Cup at Croke Park, I was hooked for life. Hurling grasps its communities and our own family would get season tickets most years. It’s a family day out to see your club or county playing—as the lyrics say, ‘it’s the game of the Gales, the language of our clans’.

“I hope all the Hurling communities around Ireland will get behind this brilliant song as we promote the great game of hurling—the best and fastest grass sport in the world.”

“I know how deep rooted my love for Scotland’s ancient sport Shinty is and so I wanted to write something that reflected this love for Ireland’s sport of Hurling,” Gary Innes added. “I am a huge fan of Hurling, especially as we have such strong ties with our native sport of Shinty here in Scotland, and so I was delighted when Don and Sharon agreed to be part of this single. I hope it captures the hearts of Hurling fans and players across Ireland and it can bring a bit of camaraderie and fun during these difficult times for all of us.”

As well as being a highly-decorated, Scottish Shinty captain and Internationalist, before his retirement in 2014, Gary Innes has been performing and composing music for over two decades and is one of the founding members of multi award-winning Scottish super-group Mànran,

Adding another string to his bow, in 2016 Gary began presenting the longest running radio show on BBC Radio Scotland—the world renowned Take the Floor. In 2020, he was also given his own show on a Sunday evening entitled Your Requests with Gary Innes.

The Hurling Man will be available to download and stream on all digital platforms, on Friday August 13.