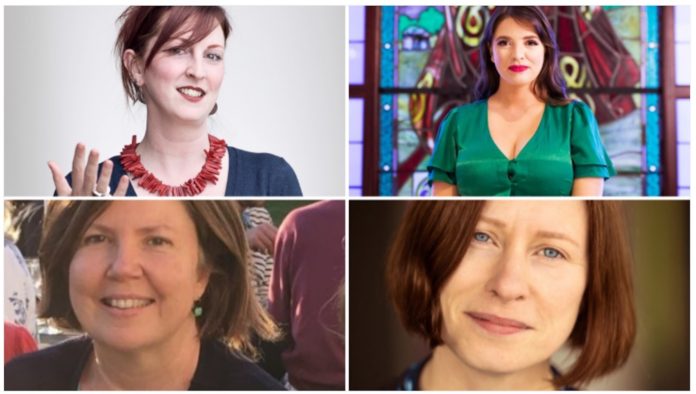 AS SPRING began in Ireland on February 1—even if we might be waiting a little longer in Scotland—the global celebration of St Brigid’s Day continues to inspire.

Although Covid-19 continues to limit how we can celebrate in person, the Consulates General of Ireland in Cardiff, Edinburgh and Manchester celebrated Imbolc and St Brigid’s Day with an engaging and enlightening online event celebrating Women’s Voices in Arts and Media and their rich contribution to the relationships between Ireland and Britain.

In recent years, the celebration of St Brigid’s Day has gone global, with Ireland’s Embassies and Consulates, as well as community groups around the world, embracing the values of both the pagan figure and the later saint to celebrate women’s creativity. While Brigid will mean different things to all of us, that she encompasses
cultivation, creativity and care remains constant. This year, events from around the world have been collated by Ireland’s Department of Foreign Affairs on: www.tobeIrish.ie

The event hosted by the Consuls General in Britain, was led by Ellen Coyne, journalist with the Irish Independent, author of Are You There God, It’s Me Ellen, who was joined by three fellow Brigid figures from the worlds of art and media, representing Ireland, Wales, the North of England and Scotland.

Sorcha Carey in Edinburgh is currently Director of Edinburgh Art Festival and Chair of Festivals Edinburgh. Sorcha will shortly take up a new role as director of Collective —Centre for Contemporary Art on Calton Hill, Edinburgh.

Bethan Kilfoil is the News Editor at RTÉ, based in Dublin, and is formerly BBC Wales correspondent.

The conversation drew on all of the women’s professional and personal experiences, with a strong thread linking their discussions closely with communicating women’s stories.

If you missed the online event, the link to the recording is available on the Consulate General’s website, Facebook and Twitter: www.dfa.ie/edinburgh and @irlscotland. You can also find more Brigid’s Day celebrations on: www.tobeIrish.ie