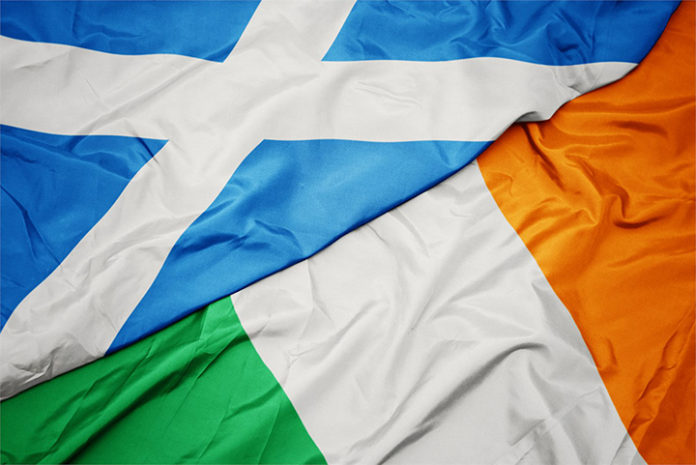 A SCOTTISH student based in Denmark is calling on Scotland’s Irish community to help him with his dissertation on Irish identity and Scottish independence.

Colbyn MacPhail is a Masters Student at the University of Copenhagen and he got in touch with The Irish Voice to see if we could help him find interview subjects to speak about their Irishness and thoughts on Scottish independence for his research.

“I have been an avid reader of your newspaper in these last months as it gives fantastic insight into the Irish community in Scotland and, as I can see from articles in your publication, one key issue that seems to be facing the Irish community in Scotland is a lack of recognition,” Colbyn said. “I also understand from many other pieces in The Irish Voice and through my own academic research that contemporary debates around Irishness in Scotland are usually framed around religion and ‘sectarianism,’ a framing that often misses, for example, anti-Irish racism. While these, along with anti-Catholicism, are all of course very important issues, there is not really a good understanding of the beliefs and opinions of people with Irish backgrounds more generally—especially as very few tick the Irish ethnicity option in censuses and surveys.”

Colbyn’s dissertation, therefore, aims to learn more about the opinions of people within Scotland’s Irish community with regard to their Irishness and Scottish independence, especially, he feels, as the constituencies that the Irish community have historically lived in have swung back and forth between the SNP and Labour in recent elections, with some of the victories having been marginal.

“These constituencies are also the areas with the largest majorities that voted Yes for independence in the 2014 referendum,” Colbyn added. “I think that this line of inquiry could potentially give great insight into the motivations and opinions of a group that can often be overlooked, but make up a significant part of the Scottish population (estimated to be between 15-18 per cent).

“The interview would take around 45 minutes and would be conducted over Zoom at a time that suits you. All the information given in the interview will be completely confidential and all identities will be anonymous in the final dissertation paper.”

Anyone interested in participating, can reach Colbyn at the following e-mail address: cvn764@alumni.ku.dk