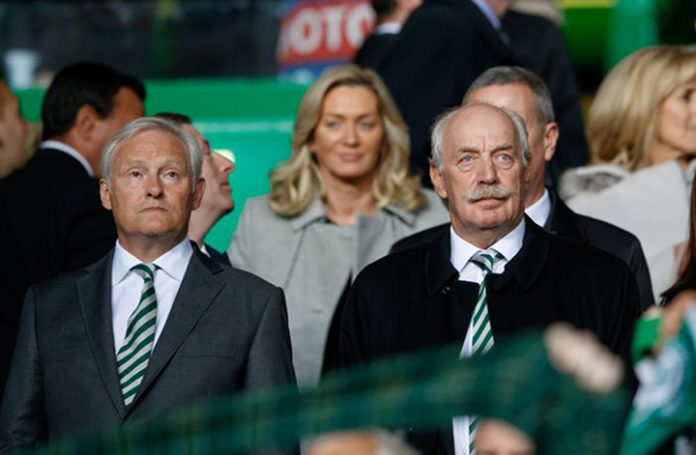 Firstly, after nothing could separate Celtic and FC Midtjylland after 180 minutes, Postecoglou’s men tumbled out of Champions League qualifying with a whimper in extra-time. The result was all the more disappointing for the fact that Celtic could easily have notched a confidence-boosting result having had the better of the first leg until Nir Bitton’s petulant red card offence and passing up on a gilt-edged opportunity to go two goals up in Denmark in the away tie.

Just days later in Edinburgh, the league campaign opened with a later goal for Hearts securing a victory for the home side in Celtic’s first opening day defeat since 1997.

From the sublime to the unacceptable
Those two results already pile the pressure on the club, but the ire of the supporters appears to be directed less at the new manager—who fans understand must be given time and, more importantly, the tools in order to have an effect—and more at those in the boardroom. Already a fans protest is planned and who could really blame the Celtic support. In the space of a little over a year Celtic have descended in freefall form the dizzying heights of being crowned nine-in-a-row champions to scrabbling together a squad to contest early European qualifiers.

The rate of the collapse has been dramatic, but anyone who has an interest in the game understands that after the highs come the lows and that just as your team may achieve great things they will also suffer seasons in which pain and frustration are the dominant emotions.

What is less inevitable is the meek reaction from within the walls of Celtic Park, leading the new manager—appointed with a great deal of focus on his abilities to rebuild—to have to plead in the media for some new signings. It is an ignominious fall from grace.

For two seasons, Celtic supporters have poured money into the club with only the hope that they will be able to attend matches, a fan investment which was made in large part to ensure that the club are not hamstrung in the rebuilding process. That investment has been met with lacklustre and limited activity in the transfer market.

Signings needed and fast
Kyogo Furuhashi and Carl Starfelt look capable of making a good contribution to this season, though neither made glowing start to the season. Starfelt was culpable in the fiasco which led to Hearts’ opener while Furuhashi mustered only a few touches in his late cameo appearance. Given the long wait for both to become available after signing, it was hoped that their emergence from isolation might have been a catalyst for a Celtic side in real need of a spark. However both will now need to settle and establish themselves in a pressure situation as Celtic look to start their season one earnest with some winning performances.

Most pressing for those of a green and white persuasion are signings which will deliver goals and secure a leaky and nervous backline, with the goalkeeping position proving to be a running sore. Postecoglou has chopped and changed thus far with no option emerging as the solution to the problem, and it looks like the transfer market rather than Lennoxtown will be where one does eventually emerge.

Indeed, for almost any position on the pitch Celtic look in desperate need of a new arrival, a situation which makes the inertia a boardroom level all the more bewildering. Having signed Postecoglou to rebuild, the Celtic board seem determined not to supply the materials. Added to that, the difficulty in ushering new signings into the squad given the travel restrictions in the time of Covid is a further challenge to putting a competitive squad in place.

Put in the simplest terms, the Celtic board (above) need to get real and to get real quickly. They demonstrated amateurish decision making abilities in last year’s abortive attempt to make history, and now—with the high carrot of Champions League qualification should the squeeze a league title out of this campaign—they look just as flummoxed as to how to go about running a football club.

Fans’ frustration
Supporters were identified from numerous sources as a factor in the footballing failures of the club last season, but having caught a scent of how this story would play out the fans at least reacted and made clear what had to be done. Change, quick change, was the call that went out.

That call was met with stubbornness and pig-headedness. Now when the call is made for urgent investment in order to allow a rebuild of the club they have nursed through the pandemic—while those in the suits and ties pat themselves on the back for their financial control—it is being met with a small-time attitude and a basic lack of manners, Celtic supporters are not even being given the courtesy of effective communication by their club while they are left with nothing more to do than worry about the future and rake over the coals of recent failure.

No-one knows a club like its supporters, and on that front the ordinary Celtic fan has been vindicated in their view over the last year. No-one is doing more for their club now, either, than the supporters who keep the lights on with cold hard cash.

If only that passion and understanding from the stands—or in these unusual times, from behind the streams—was matched in the corridors of Celtic Park then perhaps Celtic would be in a position to attempt a rebuild. As it stands it is more like a controlled demolition.