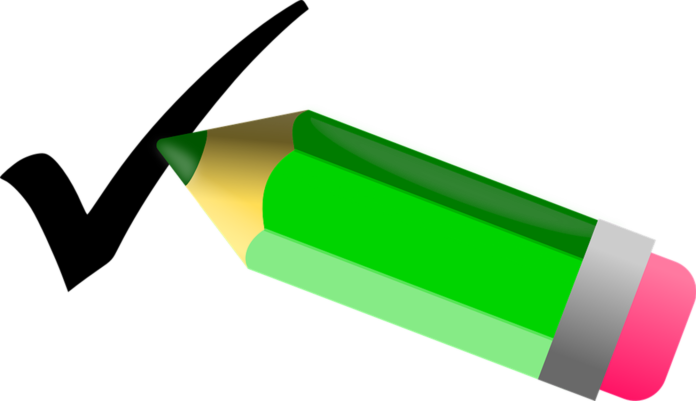 THE Irish community in Scotland are being urged to ‘tick the box’ and help build an accurate count of those with Irish ethnicity in Scotland.

While one per cent of the population of Scotland identified as having Irish ethnicity in the 2011 census, it is estimated that through waves of immigration from Ireland over hundreds of years, more than one million people in Scotland may have Irish ethnicity.

The Catholic population of Scotland—which has a large crossover with the Irish community—was counted at over 15 per cent of the population in 2011, indicating that many people of Irish ethnicity are not identifying as such in the census.

Now, with the delayed census from last year set to take place next month, the Irish community in Scotland is able to once again ‘tick the box’ to ensure that they are captured in Scotland’s head count.

Questions and boxes
Two questions offer the chance to ‘tick the Irish box.’ The first, a question on nationality, asks the individual:“What do you feel is your national identity?” and includes an Irish box for those who are able to tick it. It offers the opportunity to tick more than one box.

The second question has a wider reach and asks the individual what they feel their ethnicity is. In answer to the question: “What is your ethnic group?” another ‘Irish box’ can be ticked. This time only one box—which ‘best describes’ the responder’s ethnic group—can be selected.

The presence of these Irish boxes in this section of Scotland’s census offers an advantage to the Irish community of Scotland over their counterparts in England and Wales, who could only select ‘other’ and insert their own answer.
This difficulty led to an outcry from campaigners and community activists south of the border, who recognised that this barrier to recording the size of the community will be detrimental to the Irish community.

“This census layout will be, for the next 10 years, the basis for employment application forms, funding based on community size, how social housing is monitored and allocated, news articles and education policies,” said Róisín Ní Ċurráin, writing in The Irish Post. “All will be based on a false premise, as the Irish have not been properly included.”

Given the difficulties in gaining community recognition in Scotland—particularly highlighted during the early days of the pandemic, when Irish community campaigners struggled to get the Scottish government to react to the disproportionate impact it had on those of Irish ethnicity—the advantage the Irish community has by being able to tick the Irish box can be a valuable weapon.

True record required
Speaking to The Irish Voice, a spokesperson for Call It Out: The Campaign Against Anti-Catholic Bigotry and Anti-Irish Racism, explained gathering a true record of the size and situation of the Irish community here is so necessary.

“It is vitally important that those who regard themselves as Irish, not by nationality but by ethnicity, indicate that in the census, because the Scottish Government has—as recently as last year—refused to investigate the increased number of Covid-19 deaths among the Irish community because they claim that the figures that determine the numbers in the Irish community are not robust enough,” they said. “That is just one reason why we need to have accurate figures. There are many other reasons, so if you want your community to be recognised then tell people through the census who you are. Not by nationality necessarily, but by ethnicity. Tick the box. You are Irish—tell them you are Irish.”

Though the figures from the 2011 census in Scotland are still under-representative of the size of the Irish community, they did still mark an increase on the previous census of 2001, which was the first time an ‘Irish box’ had been offered in Scotland.

With historical and societal reasons suspected as reasons for a reluctance to tick the box by those who are able to the do, campaigners and community groups are hopeful that as the presence of an Irish box becomes more normal it will again yield an increase and generate a more accurate reflection of the Irish community.

With challenges presented by the delay of the census to its successful delivery, it is more important than ever that the Irish community makes its presence felt to the process.

Quality control
Already the census is more than £20 million over budget, and Paul Lowe, Registrar General and Chief Executive of National Record Scotland, spoke of the need to deliver a quality census despite these difficulties.

“Additional costs were incurred as a result of the delay and it is right that the public are made aware of the full impact of the pandemic,” he said. “The report confirms that NRS is taking appropriate action to manage the challenges associated with a programme of this scale and complexity and that we are in a strong position to deliver a successful census next year.”

The census will officially take place on March 20, with forms being sent out and the online collection process launching on March 1