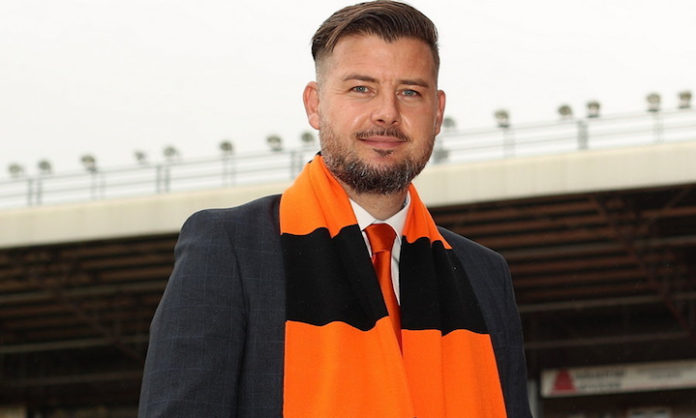 Having won all their group games in League Cup—1-0 wins against East Fife, Arbroath and Kelty Hearts along with a 6-1 thrashing of Elgin City—United have now been against Ayr United in the next round.

Perhaps buoyed by that unbeaten start to the season, the Arabs went into their Premiership campaign high on confidence, but that was shaken after a dominant Dons side eased their way to a 2-0 win with goals either side of half time from Jonny Hayes and Christian Ramirez. The result means that the Tannadice side having failed to start the top-flight season with a win since 2014.

And it won’t get any easier for United in their next game as they take on last season’s champions Rangers at Tannadice, who began their title defence with a convincing 3-0 over Livingston at Ibrox. Some 5000 United fans getting will be allowed back into the stadium for that game and they have been sorely missed by the players, so they will be hoping that having a semblance of a home crowd back might spur them on to get a result.

In terms of transfers, there hasn’t been a great deal of activity in or out at Tannadice. Former Celtic star, Charlie Mulgrew has arrived on a free transfer from Blackburn Rovers and has looked good even at the age of 35. It’s early days but he looks like he can still do a job based on what we’ve seen and fans seem happy with his return to Tannadice—even though he’s almost twice the age he was when we had him before.

Goalkeeper Trevor Carson has arrived from Motherwell as another, Deniz Mehmet has departed for Dunfermline. The only other exit of note saw Paul McMullan join city rivals Dundee.

United fans will be happy that striker Lawrence Shankland and first choice goalkeeper Benjamin Siegrist—last year’s Player of the Year who helped keep his side in the league—are still at the club, although interest from Celtic in the latter still persists, which is no surprise given their disastrous situation in that position at the minute.

United’s Sporting Director, Tony Ashgar, has been pretty forceful in his statements about creating a legacy at Tannadice and has placed great emphasis on youth development and embracing new coaching ideas. Indeed, United gave a copy of Legacy by James Kerr—a book about the All Blacks—to every single player in the squad as an inspiration—a novel idea!—hoping that they will pick up something from it

I guess it’s just points to an attempt at a fresh approach and mindset and an example of the club’s determination to do things a little different and move with the times. It has been said that squad is eager and hungry to learn and is keen to embrace this new way of thinking within the dressing room. The notion of having a long-term vision and becoming a more progressive club is noble, but given that we are in a results-driven business, we’ll see what comes of it.