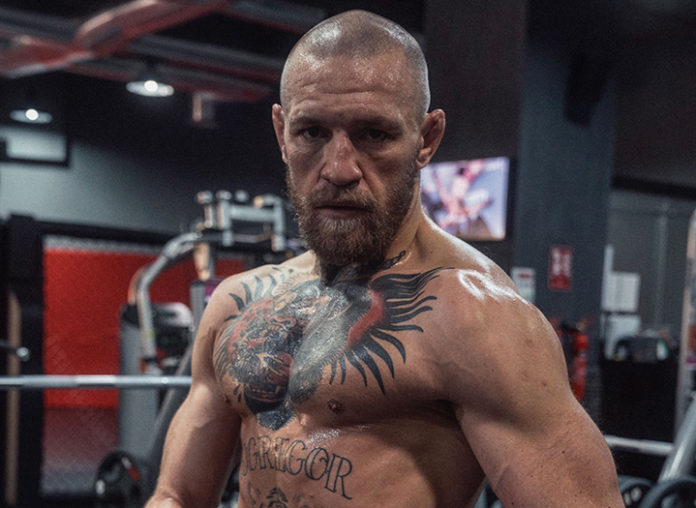 THE Dubliner, Conor McGregor, returned to the cage for the first time in a year at the end of January. It wasn’t the much-heralded return that he may have hoped for when he suffered a second-round stoppage defeat to Dustin Poirier.

The loss was not much of a shock to those in MMA circles, despite McGregor (above) having previously beaten the American fairly comfortably six years previously. McGregor has been inactive since becoming the champion—briefly holding both the featherweight and lightweight UFC belts.

Poirier, on the other hand, has fought several times a year and taken on some of the best in the lightweight division, culminating in a title shot against champion Khabib Nurmagomedov. No one would begrudge Poirier the win or indeed if he was named champion, if as seems likely, Khabib does not return to action.

The loss appears to have scuppered plans for a return to boxing for McGregor with Manny Pacquiao looking for a new opponent. One man trying to goad McGregor back to boxing is loudmouth YouTube star Jake Paul who has been calling McGregor out and being disrespectful to his wife. As yet McGregor hasn’t bitten.

The most likely scenario—and one that everyone involved seems to favour—would be a rematch between McGregor and Poirier and it could be for the soon to be vacant lightweight title. Poirier seems keen, McGregor feels he can right the wrongs that led to his defeat and Dana White, the UFC supremo, is on board.

There’s no denying McGregor is still a massive draw for the UFC and the rematch will still sell a lot of PPVs. There will be those who feel the Irishman doesn’t deserve a rematch. However, with both fighters having one win each, it makes sense for the trilogy fight.