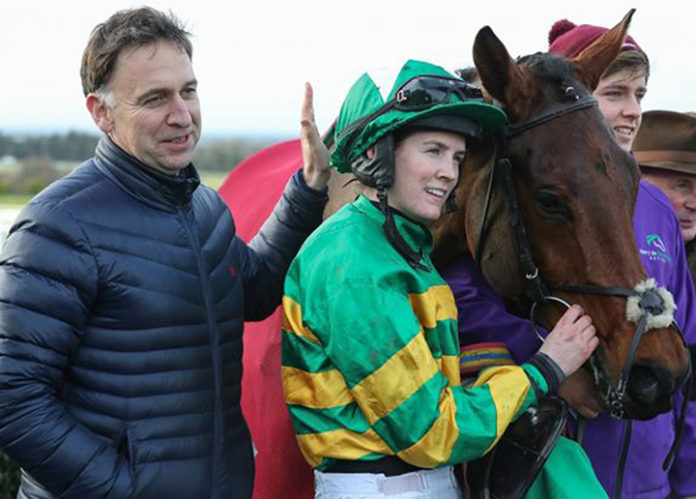 WELL what a great couple of months it’s been for Rachael Blackmore. She had a great Cheltenham and topped it off by winning the Grand National on Minella Times, trained by Henry De Bromhead. In doing so, she became the first female jockey to win the Grand National—a brilliant achievement that has gained her recognition all over the world.

De Bromhead himself had a great treble, having the winner in the Champion Hurdle, the Champion Chase and the Gold Cup. As well as having the Grand National winner, he also trained the second placed horse, Balko Des Flos.

His achievements over the course of the past month have been truly historic and I don’t think he’s had the credit he deserves. He became the first trainer to win all of the three top jump races in one season—the Champion Hurdle, the Gold Cup and the Grand National—and only the second trainer to have trained the first and second placed horses in the Grand National, following Fred Withington in 1908. Several trainers have won two of the three top jump races in one season, but De Bromhead’s treble with Honeysuckle, Minella Indo and Minella Times is unique.

He wasn’t the leading trainer at the Cheltenham Festival—beaten by Willie Mullins—but I’m sure there will be lots of winners to come in the future for him and his jockey, Rachael Blackmore.

Speaking of Minella Times, what a bargain he was. He was a relatively reasonable purchase at €31,000 as a foal, while Irish Grand National winner Freewheeling Dylan could have been bought for a mere €13,000. It just goes to show you there are bargains to be had. Indeed, Honeysuckle was bought for €9500 as a store horse. The Champion Chase winner, Put The Kettle On is also now worth a lot more than the €22,000 paid in 2017.

In the Grand National, the first five horses home were all Irish. At the recent Punchestown Festival, Chacun Pour Soi won the William Hill Champion Chase beating Allaho by five and a half lengths. He showed his true worth in this race as it was the hill at Cheltenham that found him out there. I think he’d be best sticking to the flatter tracks.

In the Ladbrokes Punchestown Gold Cup, Clan Des Obeaux beat Al Boum Photo by one and a half lengths. It was a good winner for Paul Nicholls—the top British trainer—who had brought the horse out to race there, something that not many others have done. Al Boum Photo didn’t jump very well—especially at the last fence—which didn’t help him, but he ran on well.

Well, we’ll be looking forward to the English classic races to see if Aidan O’Brien can be as successful as he usually is. Hopefully he will. Horses to look out for from his stable include Joan of Arc, Santa Barbara, Wembley Broome, Japan and High Definition.