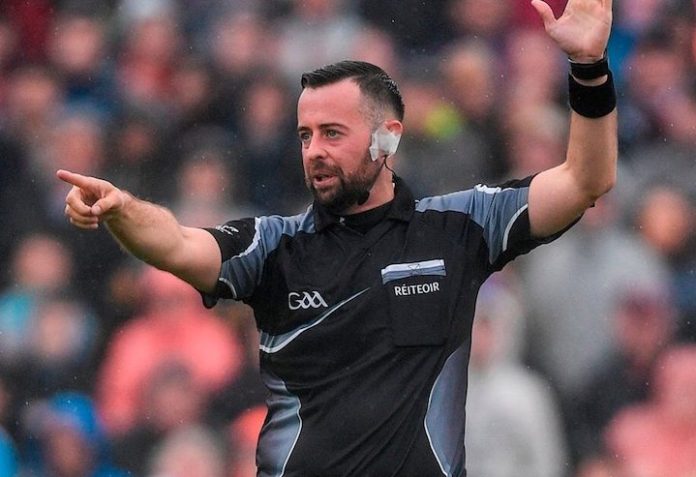 I RECENTLY spoke to top intercounty referee David Gough (above) for the We Are Meath Podcast. The interview focused on the new rules and regulations being introduced into the GAA both at club and intercounty level. As the conversation progressed, we went into detail about each discussing the pros and cons, how difficult they may be to implement and so on.

We moved onto some questions from the listeners and the question was posed: “Why do they keep changing the rules? We are one rule away from it being Aussie Rules.” The thing that is great about David Gough is that he is honest and is always looking to improve the game from a referee’s standpoint and is never shy to voice his opinion and offer alternatives. David’s simple reply to that question was to ‘rip up the rulebook’ and start afresh, a sentiment that I think would be echoed by the majority of GAA people all over the country.

As a club player, I experienced the new rules of 2020 first-hand last year. As a lazy corner forward, you would be forgiven for thinking I would welcome the advanced mark with open arms and despite profiting from it on a few different occasions, I was not in favour of it. My feeling was it was unnatural, as a forward—or a defender for that matter—your first instinct when you go for a ball is to either turn and shoot or drive out with the ball in the case of a defender. With the mark, I feel it almost stops the momentum and kills the intensity and overall flow to a game because it becomes too stop/start.

Part of the problem is conveying the rules in the right manner to the players and managers. Again, I have experienced several players, coaches and even officials at all levels lacking knowledge of the current rules. If a manager does not explain these to his players or the player does not read them off their own bat, then how are they supposed to know them and stay up to date?

In last month’s column, I spoke about the evolution of the GAA throughout the 21st century and how the entertainment factor of the game is no longer at the same level as it was once was. Sure, tactics have moved to the next level, the professionalism of county and top club teams has increased significantly too, but the plethora of rules introduced over the course of the last decade has certainly not helped the situation.

One could argue that the introduction of all of these these added rules has been done for the betterment of the game, but if you seriously ask yourself are we in a better position than we were 10 years ago I would astonished if too many people said we were.