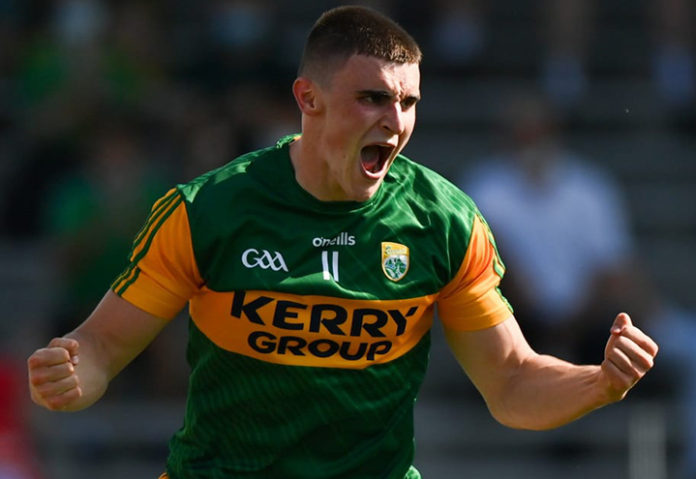 IF YOU woke from a six-month sleep and seen the semi-final line-up for the 2021 All-Ireland Football Championship, I don’t think you’d have batted an eyelid. You would take one glance at the four teams remaining in the hunt for the Sam Maguire and say to yourself ‘Dublin/Kerry final and Dublin to make it seven-in-a-row.

Sure, they are still the team to beat, but the big question is can they and will they beaten? Incredibly despite capturing their 11th consecutive Leinster on the spin against Kildare recently, they are quoted by many bookmakers as the second favourites to lift Sam behind Kerry.

How is that so? When you take a deeper look at Dublin’s year, it becomes evident that all on and off the pitch has not exactly been rosy. The never-ending episode with Stephen Cluxton pitted with the host of big-name departures from the squad meant that it was a turbulent run in to the Championship for the all-conquering Dubs.

To say their performances in Leinster have been less than convincing would be a severe understatement. As a matter of fact they’ve been a shadow of their former selves, both in performance and indeed results—margins of victory. Allowances were made for the lacklustre display in Wexford in the Leinster quarter-final, but the men in blue faltered against old foes Meath in the semi-final having had such a seemingly unassailable lead at the half time interval, but in the end only winning by three points. When you rewind the clock seven or eight months on their way to claiming that historic sixth All-Ireland title, Dessie Farrell’s men had no such remorse for Meath on that occasion having built up a healthy half-time advantage.

We did expect a much-improved performance in the decider a fortnight later against Kildare and despite posting 0-20 over the 70+ minutes, it did resemble a rather laboured and disjointed performance that lacked their usual flair. Perhaps Ciarán Whelan is right and Dublin are ‘bored’ of Leinster, but when you factor what Mayo, Tyrone and Kerry and doing in the other provinces there is certainly cause for concern for Dubs supporters that their side has either drastically under-performed or will be undercooked going into that mouth-watering semi-final against Mayo next weekend.

After all these years, can Mayo finally get the better of their arch nemesis? One would suggest they have rarely had a better chance to do so, even without the services of talisman Cillian O’Connor. They will bring colour, passion and above all else intensity to Croke Park and it is paramount that the men from the capital match that.

On the other side, Tyrone and Kerry meet in a rematch of one of the worst mismatches that we have seen in recent times from their league meeting earlier in the year. Kerry (above) have continued their rampage ever since breezing through Munster and, in doing so, avenging any demons from last year when they put rivals Cork to the sword in the final. Questions remain about their defence, but they have undoubtedly the most talented and exciting forward line in the game currently, spearheaded by the Clifford brothers—David and Paudie. There’s no question, a much-improved Tyrone on the back of their Ulster success will provide a stern test for the Kingdom but it is difficult to see anything stopping Peter Keane’s men at present.