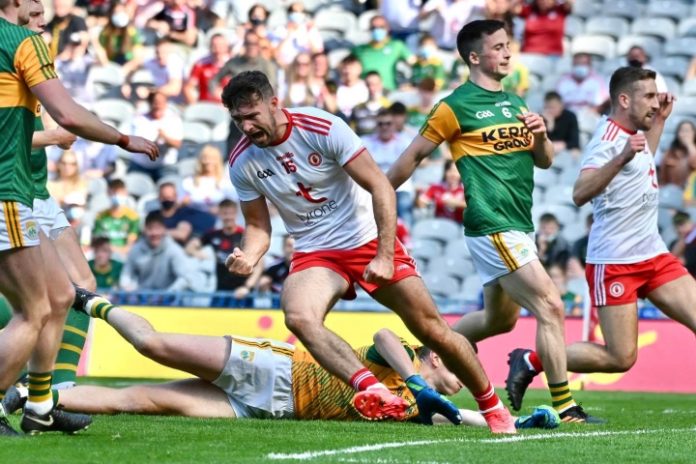 IF 2021 is anything to go by, it proves that there is life in the so-called ‘smaller’ counties that have been hiding in the shadows over the past number of years. It may not have transferred to Senior Championship Football just yet, but elimination of Dublin and potential end of the Dubs’ dominance has given a new lease of life to the chasing pack, none more so than Mayo and Tyrone who will contest a novel All-Ireland Final.

The emergence of Offaly at Under-20 level this year really captured the imagination on their fairytale run to All-Ireland success. Their merited victory over Dublin in the Leinster Final illustrated the closing of the gap. The All-Ireland Minor success of the Meath Minors provided further scope for optimism in counties like Meath. The Royals have been consistently and comprehensively defeating Dublin at Minor level over the last five years, but the gap remained at Under-20’s level. Offaly’s success has shown that the conveyor belt in Dublin could be encountering some speed bumps along the way, which is why the emphasis is on likes of Offaly, Meath, and Kildare to try and cash in and make a burst in the coming years.

Despite dining at the top table for most of the last decade, Mayo’s landmark semi-final victory in the All-Ireland had a special feel to it. It almost felt like the end of an era that has been threatening without anyone really feeling like it may happen. That, pitted with Kerry’s demise at the hands of Tyrone, has created a unique final with an open feel to it.

The question remains can Mayo break the curse and capture a first All-Ireland title since 1951 after years of heartbreak and chances missed or will Tyrone, under the stewardship of former All-Ireland winner Brian Dooher, reign again? Mayo are slight favourites, but it is widely anticipated to be one of the closest and competitive deciders in recent years. Mayo will bring the usual intensity and partisan atmosphere to Croke Park, but they’ll need to prepare for the rigorous physicality that the Red Hand will bring to the party.

Tyrone are an excellent team to break a side’s momentum in whatever way they see fit, so Mayo will need to prepare to reset and try to replicate a consistent level of performance in what could turn into a stop/start game just as the semi-final was between Kerry and Tyrone, which undoubtedly favoured the Ulstermen. All things considered, it will be fantastic to have a proper All-Ireland Final again with colour and atmosphere once again which should represent a sign that normality is returning following a difficult 18 months.