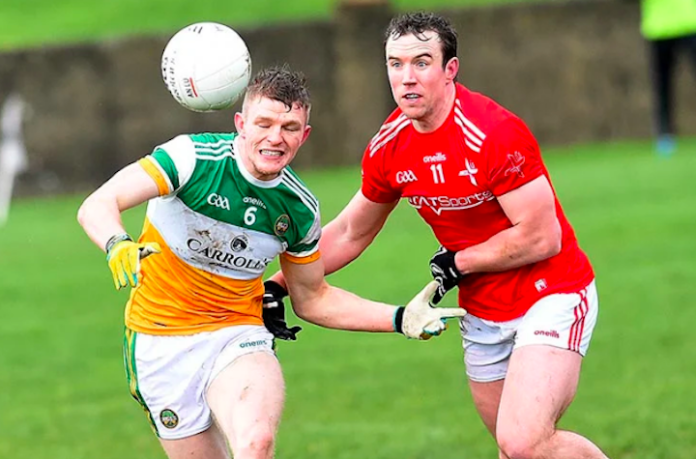 WE RECENTLY got our long-awaited Provincial Championships back with plenty of excitement and anticipation prior to the action. It is fair to say that in the aftermath of the matches, the enthusiasm and novelty had faded somewhat.

Off the Ball’s Eoin Sheahan summed it up perfectly by summarising that after four games, the aggregate winning margin was 72 points with a round average of 18 points. He quickly followed that up by saying the three Leinster games that followed would bring the average down, but none of them have a hope of winning a Provincial Title.

Sadly, this statement was right on the money and emphasises the problem with the structures in its current formats. In the early rounds of the Leinster Championship—before Dublin enter the fray—you have an incredibly competitive province where the majority of the teams are at the same level. Offaly and Louth (above) being the prime example, two evenly matched teams who produced a pulsating two hours of football. Yes, you could argue that Leinster on the face of things is the weakest province, but are either of these teams along with Wicklow and Wexford any weaker than Sligo? I think you can answer definitively by saying they are not.

The disparity between the aforementioned Sligo and Mayo was remarkable. The gulf in class between these sides was evident for all to see and the same faith will no doubt result for Wexford when they come up against the all-conquering Dubs.

The suggestion you often here is taking the Dubs out of Leinster and it would be a great championship. Granted the quality would not rival that of other provinces, but it would most definitely be open, headed by Kildare and Meath with not a great difference between the chasing pack. In fact, Munster could also be argued in the same discussion if Kerry were taken out, but I do not feel this is a feasible option.

One potential avenue would be to seed teams in a Provincial Championship and break them into two groups. Meath have done this in the Junior Cup Competition this year with a stronger Group A and weaker Group B. Obviously you would have to give Group A more qualification spots than B, but the second group would be fiercely contested and highly competitive with the view to one coming out of it and possibly reaching a semi-final?

That solution would keep the competition alive—for how long I do not know—and gives an alternative argument to the idea of scrapping them altogether. However, the more thumpings that are dished out between now and the end of July will continue to raise serious questions pitted with the fact that there is no backdoor in this year’s championship which is a major blow for the so-called lesser counties.