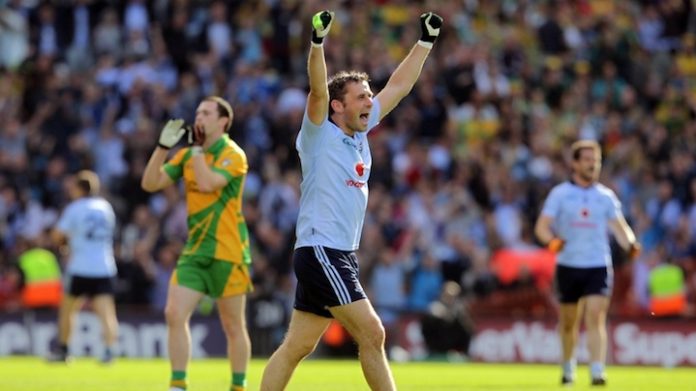 I RECENTLY spoke to Mark O’Reilly for the We are Meath Podcast. If you are not aware of who Mark O’Reilly is, he was Man of the Match in the 1999 All-Ireland Final between Meath and Cork. O’Reilly takes great pride in this as it was and still is something of an unusual phenomenon for a corner back to receive such an accolade.

As the interview progressed, I got the sense that the tigerish defender was content that he was playing in the era that he was. Back in the 1990s, it was very much a straightforward shoot-out between yourself and the man you were marking on any particular day. The old cliché that ‘if you can win more of the 15 individual battles, you win the game,’ was a fair summary of how things went in those days.

You would be forgiven for thinking that it may have been a nightmare for corner backs with the amble amount of space for forward players, but O’Reilly relished knowing what he was expected to do and do the basics right. Nowadays corner backs at Intercounty level are expected to flexible, versatile, and strong going forward.

The game has evolved and it didn’t just happen overnight. it was a gradual process that ultimately transformed it into what we have today. In his latter years with the Royals, the Summerhill man admitted that Meath were training far harder than they were when they won All-Ireland Championships in 1996 and 1999, respectively.

I suppose tactically the game we know and love has advanced too. As an avid Meath supporter who was too young to recall the All-Ireland successes, my fondest memories of following Meath were in 2007 and 2009 where Meath reached semi-finals. The two games that come to mind straight away were the quarter-finals against Tyrone and Mayo where the emphasis was on fast, open football with long kick-passing into space where forwards and defenders would joust with sweepers or anything else to derail their progress.

It made for expansive, entertaining, and most-enjoyable games that would present far more genuine goal opportunities. Realistically that was never going to last sadly and the day that everything changed for me was August 28, 2011 when Dublin and Donegal met in the All-Ireland Semi-Final in Croke Park. For me, that was the day the landscape of the GAA was transformed in earnest. Yes, there were murmurs of defensive football and exhibits of it creeping into the game, but that was the day it was rolled out on the big day for everyone to see.

Coincidentally, it was the same day Manchester United destroyed Arsenal 8-2 at Old Trafford and I distinctly remember there was more scores in that game for long parts. Donegal led 0-4 to 0-2 at the break but for many people ‘football’ won out as Dublin emerged narrow 0-8 to 0-6 winners. Donegal reassessed and made the relevant tweaks by adding the adequate fire power and sure enough 12 months later they went onto capture the Sam Maguire.

The ultra-defensive football did not last in most cases, but what we have seen since the tactics continue to evolve and the fine-tuning that has given teams that extra one or two per cent, which can often be the difference on the aforementioned big days. The six-in-a-row Kingpins, Dublin, have set the bar at an unprecedented level and now more so than ever, the duty is on the chasing pack to innovate and find a newfound solution to dethrone the dominant Dubs.